Fistful of Frags is a free-to-play MOFPS game set back to Western times which is focused on deathmatch and competitive skill combat, a particular aspect being the ability to fight up to four teams at a time and the inclusion of a skill-based scoring system. Fistful of Frags was born years ago as a Wild West themed modification for Source engine. It has been completely renewed for its Steam release, paying special attention to combat mechanics. Please note that current build lacks certain features and maps from past versions, as they are hoping to continue the work once the community grows. Also note this is a completely *free* standalone mod, no micro-transactions exist, no registration required. Just install and play. 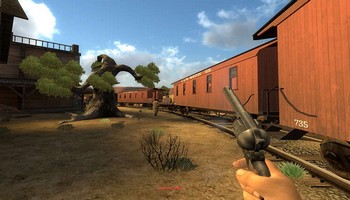 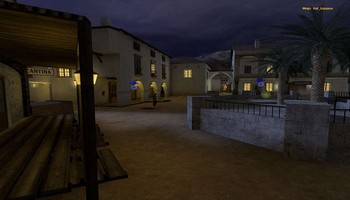 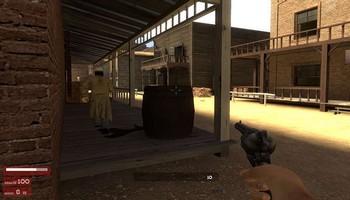 News from Fistful of Frags

Try out fof_robertlee_goty!...
https://steamcommunity.com/sharedfiles/filedetails/?id=2082863666Bringing-back a classic version of one of the core maps [...]
Explaining the deep gameplay changes of recent...
Howdy! Around October 22 update things started to change, quite a lot. Let me list the meaty part of them:Hammerless pocket revolver was introduced (fast firing, low damage, 5 rounds) Schofield, Smith carbine and po [...]
New weapon, Shootout Tournament recap and more....
Howdy! There's no shortage of news these days, good news fortunately. The FoF community keeps producing content and creating new venues for competitive gaming, and it should be known. I'll present you a new weapon -already available- and an initiative to keep the competitive spir [...]
Halloween 2018 update released...
Howdy partners, as it's tradition, Halloween themed maps and game mode "Ghost Town" have been added to the base game for a limited time. [...]