Fractured Space is a free-to-play 5-v-5 team-based space combat game where you control your gigantic capital ship to seize mines and bases for team resources and buffs. The intensity of a shooter combines with deep tactical decision making as you battle over five sectors to finally capture the enemy team’s base. Brought to life in the stunning Unreal Engine 4, giants of interstellar conflict fight in spectacular close quarter battles for dominance. On October 25, it was announced that Fractured Space would cease working on the game, with the removal of micro-transactions and the discontinuation of updates, to come shortly. However the game may still be serving beyond that.

Epic Space Battles:  Fractured Space’s team-based 5v5 battles hinge on teamwork. Those who can strategise and work together to dominate the battlefield’s objectives will take the enemy base, and victory. Unity is strength.
Epic Space Ships: Select a ship from a number of manufacturers, each with their own unique traits, weapon systems and construction style. Earn credits to purchase new ships, some as large as 2000 metres – more than 25 times the size of a Boeing aircraft.
Ever Expending Universe: The Fractured Space universe is always evolving. Regular additions are made to the roster of ships and arsenal of weapons. Frequent gameplay updates mean there’s always something new to adapt to.
Space Veterans: Fractured Space is developed by the same core team who produced Strike Suit Zero for PC, PS4 and Xbox One.
Open Development: From the very beginning Fractured Space has been created together with its community via open development forums, play sessions and shared online development plans. Players really are part for the crew. 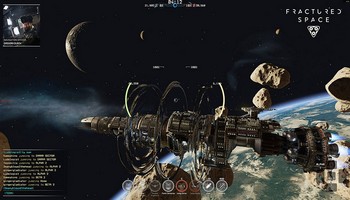 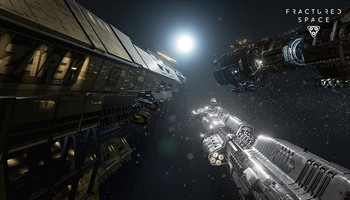 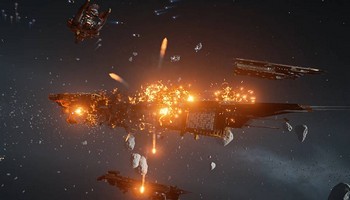 DEVS V COMMUNITY...
We're going maverick tonight, no community managers, all the devs are here, and we're going to 5 stack!! Try your luck, I don't think you'll stand a chance though... [...]
Infection Hotfix #1 - 2nd November 2018...
Removed Infection from Coop. Removed Bots from PvP games. PvP now matches all players in one band and MMR will be adjusted to match. Added in Point Defence active widget to HUD. Increased size of text acro [...]
Episode V: Infection - Update - 30th October 2018...
Infection The shockwave from Sigyn’s breath caused more damage than originally thought; word of the Eye [...]
The Sun Sets on Fractured Space...
Infection will be our last update.After long deliberation, the very hard decision has been made for us as a studio to move on from further development of Fractured Space; this will enable us to look towards new projects. Whilst no additional content, [...]