Gangs of Space is a free-to-play indie Rogue Shmup MMO shooter combining hack’n Slash, Shmup and RPG elements, developed by Grouroux and Erhune. Gangs of Space’s gameplay involves permanent death and boasts multiple classes to level-up, an array of different ship which build you can customize and optimize with the loot you get from the wrecks of your enemies. The game runs through successive MMO campaigns taking place across randomly generated galaxies to conquer.

Part-Shmup, part-Hack’n Slash
Your skill will be your important asset in order to avoid the myriad of enemy bullets. In addition, chosing the right abilities and equipment for your ship will transform you in a formidable space perdator.

Roguelike RPG
Chose a ship among multiple classes, and level it over 10 quick levels. Create a unique build and optimize it by looting equipment from the fuming wrecks of your enemies. Over time, you will complete class objectives and unlock new build choices that will enhance the possibilities of your next ships.

MMO conquest
The goal of Gangs of Space is simple: conquer the Galaxy in the name of the Empire! Whether you go solo-hunting or gather a squad of talented Gang-mates, the only important thing is that: conquer more and more sectors.
When the Galaxy is fully conquered, players and Gangs receive rewards based on their rank in various ladders. A new conquest campaign then starts, in a new unknown Galaxy. 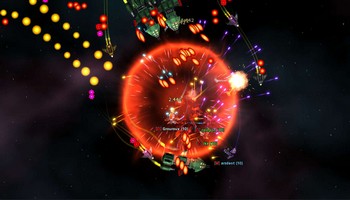 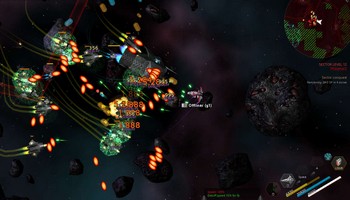 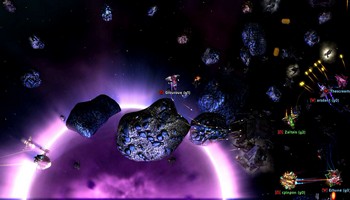