Gigantic X is or was a fast-paced and responsive top-down sci-fi shooter with a strong focus on action gameplay. Earn your spurs as a space-faring mercenary by clearing habitable planets of alien parasites, battling deadly monstrous creatures, and helping defend the ever expanding frontier – zones of constant conflict and action. Your success will depend on collecting and equipping the right gear for the right job, and even more on your ability to learn attack patterns and respond accordingly. As a top-down sci-fi shooter, Gigantic X will require fast reactions and responses from its players. Your skills, gear, and knowledge will only be tested more and more as you climb the ranks.

– Play as 3 unique characters with completely different weapons and abilities
– Fight in multiple alien planets with their own environments, enemies, and bosses
– Gear up with a variety of distinctive weapons and armor sets
– Dive into multiplayer co-op sci-fi shooter action with friends in real time

In the interstellar age, the human race is expanding throughout the galaxy. Expansion does not come without resistance, however, and the Galactic Alliance is in constant need of brave soldiers who are willing to fight for the continued growth of humanity.
Three drifters band together to answer the call, figuring they might as well split the bills. They’re not particularly fond of the Galactic Alliance, but cash is cash. Besides, they don’t know of much else besides shooting and fighting, so they might as well get paid to do it. 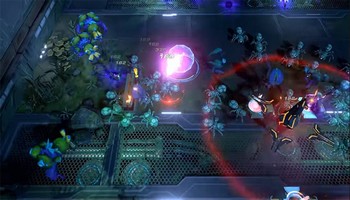 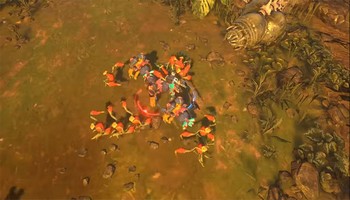 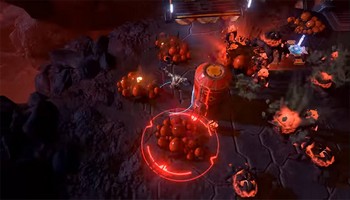