Grand Chase (Classic) is a free to play 2.5D side-scrolling real-time action multiplayer RPG for PC (Windows), by South Korean game development company Kog. In Grand Chase, players start off role-playing as one of three main heroines and will be able to unlock more playable characters by completing specific missions. The game enables up to 6 players to engage, using arcade style controls, in thrilling fights with each other or complete quests in solo. Grand Chase has 20 Unique Characters to customize, a PVP mode and a PVE dungeon mode.

– Arcade Style Controls: Grand Chase offers simple, arcade-style control patterns that players can easily use to combine skills and perform combo attacks; meeting the expectations of fighting game enthusiasts who rely on accuracy and timing.
– Eye-Blasting Special Actions: Grand Chase’s characters have their own special 1st, 2nd, and 3rd grade abilities with breath-taking graphical effects that will draw players into the action. Players will enjoy upgrading their special abilities and tweaking their characters in Grand Chase.
– Flexible Fight Modes: There are two different types of Fight modes. 3:3 Team Play allows players to battle each other in teams of three; Survival mode enables up to 6 players to play together. These modes encourage players to plan their attack strategies and to experiment with different character formations.
– Character Customization: Grand Chase allows players to customize their own characters by increasing their character levels. However, they are also given access to more character customization options through a wide selection of cute and useful weapons, armor, and accessories that can dramatically change the look and abilities of characters.
– Job Change System: Grand Chase’s characters can advance to Second, Third and Fourth Jobs that offer enhanced fighting styles that will motivate players to develop their characters to the next level. 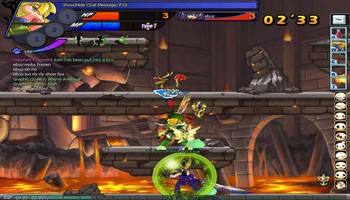 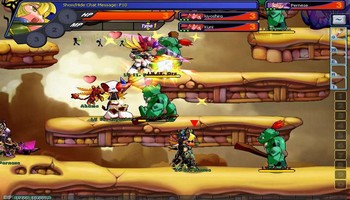 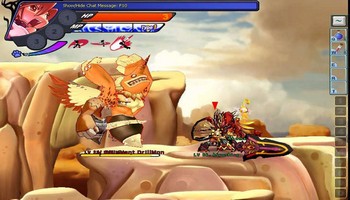