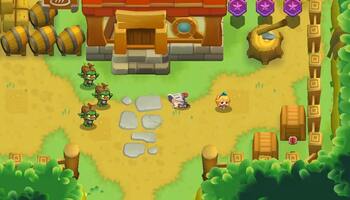 Guardian Tales is a free-to-play* action-adventure RPG by Kakao Games for mobile devices (Android/iOS) and the Nintendo Switch, played in stages with various quests, complex puzzles, and reactive action combat, inspired by the original The Legend of Zelda game. Players explore a wide range of different worlds that pay homage to the rich history of video games that inspired its creation. On top of its main single-player campaign, the game also features PVP and guild modes. While Gacha geared toward Hero and Weapon collection is an important part of the game’s monetization scheme, the game remains F2P friendly nonetheless. .

▶ Puzzle Solving Gameplay: Lift heavy boulders, throw explosive bombs and sling yourself across obstacles to discover hidden pathways to amazing treasures!
▶ Strategic Action Combat: Dodge, duck, dip and dive your way to victory against powerful foes and massive bosses!
▶ Challenging Dungeons & Bosses: Explore dark and dangerous dungeons to challenge the behemothic bosses that reside within! Evil pig monsters beware, the hero has arrived!
▶ Intense PVP and Rankings: Assemble and synergize your best party of 3 heroes to face others in real-time combat for glory!
▶ Hero and Weapon Collection: It’s dangerous to go alone! Collect and choose from over 50 Heroes and 100 different weapons – each with their own unique abilities!
▶ Create a Guild with Friends: Make new friends, show off your heroes and party it up in the Guild House! Oh, and go easy on the Guild Scarecrow..
▶ Customize Your Floating Castle: You like pancakes? Build a Pancake House! Love clowns? Build a Circus! Customize your island the way you want for you and your heroes!
▶ Tribute Parodies: Do you like easter eggs? There are tons of in-game easter eggs. Challenge yourself to discover them all!

*Guardian Tales is a Gacha-monetized game that is generally regarded as F2P-friendly, that is, satisfying to play without purchasing anything. All the game content may be played for free, especially its huge single player campaign. Extra characters and weapons may be earned by playing or purchased through mystery boxes. Regarding PVP, the game is geared toward pay to win, but a ranking system allows you, to some extent, to enjoy some competitive arena against players of similar level without spending. 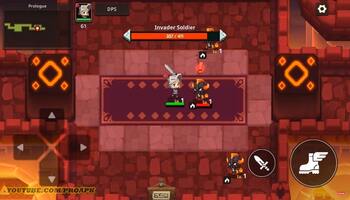 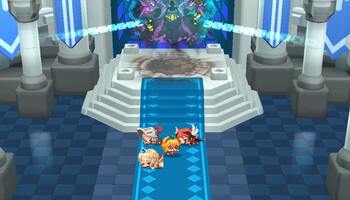 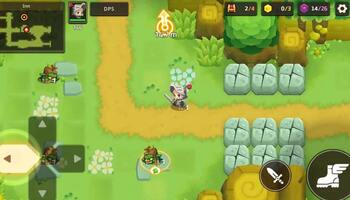