Guild Wars 2 is a popular free-to-play* MMORPG developed by ArenaNet and published by NCSOFT for PC (Windows). The game is set in the persistent fantasy world of Tyria with a story that is responsive to player action and that progresses in instanced environments. Guild Wars 2 features a large scale combat taking place in a world independent of the main one. Players are able to join warfare at will and have the ability to build siege weapons, with rewards based on their very success. Guild Wars 2 has been a huge success with more than 6 million copies sold worldwide since release, earning multiple top scoring reviews and awards.

Choose Your Role: Every profession in Guild Wars 2 can contribute meaningfully to the fight.
Tailor Your Play: Customize your experience by mixing and matching different weapons and skills.
Up Your Game: Learn to anticipate your enemies’ movements to time your attacks or dodge out of harm’s way.
Fight Together: No such thing as “kill-stealing or fighting over loot”, and every player can revive fallen comrades.
Fast-Paced PvP: Prove your skill in competitive PvP. Skill trumps all on level battlefield with no power progression.
Into the Dungeons: As you progress, test your mettle in the dungeons of Tyria, where dark foes await.
Races and Professions: Any race can play every profession, and each race plays the same in combat.
Personal Story: Follow a branching personal story that will lead you to face down the greatest threat to Tyria.

*Since August 2015, the core game is offered as free-to-play (no content or level restriction) but there are still some limitations on f2p accounts which may slow user progress.
First, free accounts start with fewer character slots and bag slots than the paid version of the game.
Second, free accounts have some chat restrictions and economy restrictions so that they can’t be used to disrupt the game for other players. Free accounts can use local chat and whispers, but not map chat. With whispers, they can both start new conversations and reply to existing conversations but are limited to starting new conversations no more than once every 30 seconds. Free accounts can buy and sell common goods on the trading post. They can’t mail gold or items directly to other players, trade gold for gems, or access guild vaults.
Third, free accounts have some restrictions to prevent them from skipping ahead to places where they could be used to disrupt the game. They must play to level 10 before leaving the starter zones, to level 30 before using LFG, and to level 60 before using World vs. World. They can play PvP immediately but must get to rank 20 before using custom and unranked arenas. 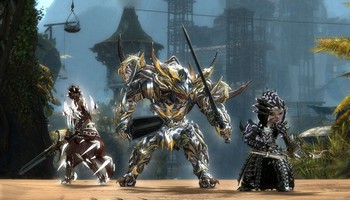 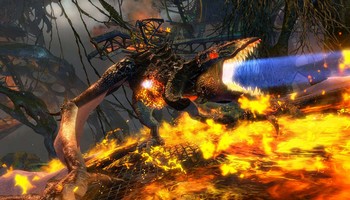 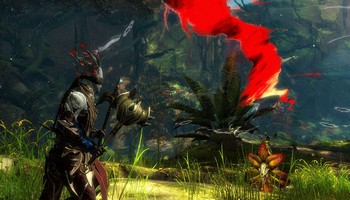