Gunscape is an FPS construction kit. It’s a game that lets you go wild with your creativity in a pumping action sandbox! Gunscape does this by providing easy-to-use tools based on a block-placement interface everybody’s already familiar with to create single-player campaigns, co-op maps and multiplayer arenas and the functionality to share your creations with your friends. Don’t like building stuff and just want to blast your way through hordes of monsters or duel with other players? Maps can also be shared, played and voted on by the whole world, so you’ll always have new levels at your fingertips!

-Solo and online co-operative multiplayer level creation! Build maps at your own pace or invite friends to help out! Jump in and out of action mode while editing to test your level on the fly or just to blast one another.
-Single-player campaign mode: play or create a sequence or branching tree of levels with or without a story. Build a whole self-contained adventure or a gauntlet of fearsome challenges.
-Co-op mode: invite one or more friends to tackle a dedicated co-op map with you or take a single-player map and crank up the difficulty.
-Multiplayer arenas: build a map with multiple spawn points and powerups and invite your friends or host a public game for some brutal online action using one of many multiplayer modes, including classics such as free-for-all and team deathmatch, capture the flag variants, king of the hill and domination/point capture modes and different tag/infection variants. We plan on including a lot of these, and to continue adding more, including flexible objectives like race to the finish which could be used to build multiplayer rocket jump courses or other types of challenge maps such as a competitive adventure through trap-filled dungeons, or hunter which awards points for killing monsters so you can create your own MP dinosaur safari.
-Cross-platform multiplayer: optional where it counts, but great to have for cross-platform co-op!
-Global and persistent map sharing: anyone can play the levels you share regardless of platform (votes are recorded and can be displayed per-platform, just in case). 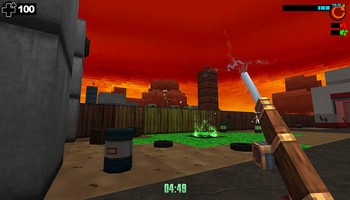 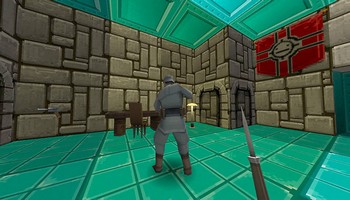 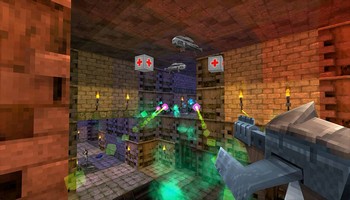 How to get the full version of Gunscape...
Hi! We have been getting a few questions about how to purchase the full version of Gunscape when you already have the free-to-play version, so we decided to tell you step-by-step how to do that.Removing the game from your libraryTo be able to [...]
Big changes to Gunscape on Steam!...
Hi Gunscape community, it's been awhile but we have some updates to announce!We've recently removed the free to play version of Gunscape from Steam to bring Gunscape in line with our console offerings. In order to be able to access future content updates, players will hav [...]
Gunscape v1.3.1.4 Changelog...
Gunscape has been updated to v1.3.1.4. This update has some fixes for minor bugs across the board, and content for the Seismic DLC.Features Added some blocks that have previously been hidden to the game [...]
Gunscape v1.3.1.0 Changelog...
Gunscape has been updated to v1.3.1.0. This update is to prepare for upcoming new content, and also adds now cross-platform multiplayer with Xbox One and PS4!Features Added Cross-Platform multiplayer! You can now play [...]