Hand of the Gods is a free-to-play collectible card and turn-based strategy game by Hi-Rez Studios, the makers of Smite. Wage divine war by summoning the Gods to a full 3D battlefield. Build an army from a large roster of mythological gods and creatures like Zeus, the Greek God of the Sky, and Odin, the Norse Allfather. Then wage war in competitive multiplayer matches or single-player adventures. It’s up to you to command your Gods, strategically position your forces to take advantage of the terrain, and unleash divine powers to defeat your foes.

CCG and TBS Blend: It’s not what cards you play – it’s where you play them. Dominate the battlefield with your tactical brilliance, positioning units for maximum effect.
Bring your class to life: You can’t contain a God in a flat, 2D card. Drag your cards onto the battleground and watch the Gods come to life in rich 3D.
Unreal Engine 4 powered: Experience stunning 3D graphics, with FX and animations made possible by Unreal Engine 4.
Command the gods: Which Pantheon will you lead into battle? Build your army from the legendary Gods of Greek, Roman, Norse, Chinese, and Egyptian mythology.
Free-to-play: It’s free to play Hand of the Gods – and we’ll give you 4 Core Card Packs to open FREE when you finish the tutorial.

Hand of the Gods Screenshots 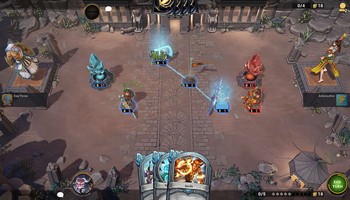 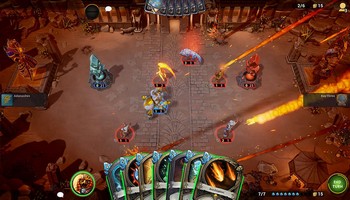 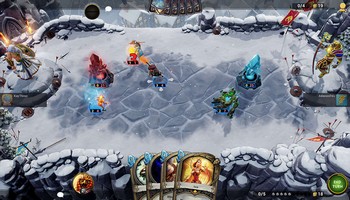 Hand of the Gods Videos