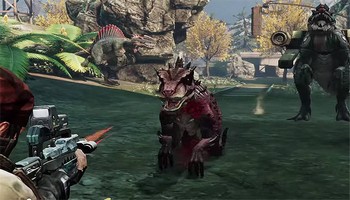 Hazard Ops is free-to-play MMOTPS with “a cocktail of shooting flavours, mixed into one hell of a WTF experience”. Get ready to shoot, burn, kill and die hard in Infernum’s new action packed title. It’s the early 21st century and nightmarish monsters are on a rampage throughout the world. It’s your job to stop all the mutants, zombies and even dinosaurs from destroying the planet as we know it. As a gun for hire, you’ve joined the ICF (International Coalition Forces) to claim your stake in saving the world…fortune! Killing monsters for money is better than any day-job you can imagine! Hazard Ops is all about diversity. With a wide variety of game modes, you will always have something (or someone) to kill. Cooperate with your friends in action packed missions, or frag some noobs in PVP maps.

Elimination: Think you have what it takes to be the last team standing? You’ve got to work together if you want to succeed!
Massive Survival: The more the merrier! Your classic survival mode with a lot more zombies!
Survival: The zombies are coming for you… Build up your defenses and bash some skulls in this brutal survival mode.
Massive Assault: Whoever they are, they’re launching a full-scale assault! It’s time to kick some serious alien ass! Invasion mode now has a lot more invaders.
Assault: You’re cornered, and it’s not looking good… How long can you survive this futuristic freak show?
Extermination: Ops A deadly virus has begun to spread, and it’s up to you to clean up the mess! Take control of a zombie eradication task force. Killing zombies has never been so much fun!
Assault Ops: Ops Nobody knows where they came from… But you know where they belong… In the graveyard! Will you let some futuristic freaks invade your home? Hell no!
BEAST: Bored of using guns and playing the good guy? Pick up one of 24 savage heroes and unleash their powers to anihilate your opponents!
Defusion: Either you’re the guy who wants to blow up the building or you’re the one trying to stop it. In both case: Shoot on sight!
King of the Hill: Securing a zone is easier said than done.
Deathmatch: Some mercs are born to be the lone wolf. Good ol’ free for all!
Team Deathmatch: Two teams of blood-thirsty mercenaries, a big pile of guns, and a glorious bloodbath. Sounds like a good ol’ Team Deathmatch!
Primeval Ops: PvE campaign that will send you against Dinosaurs on the map Dragon’s Valley.
Head Hunter: PvP mode available on several maps that might cause quite the headache if you’re not very careful. 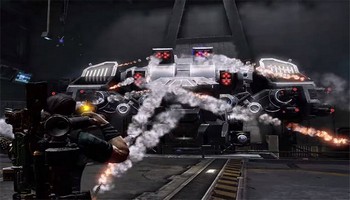 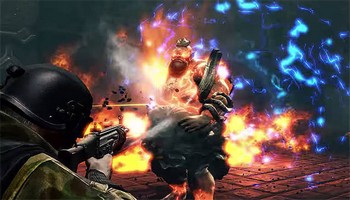 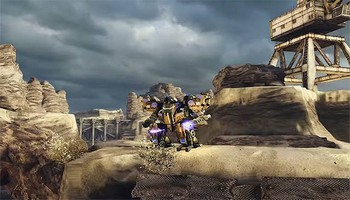