Heavenstrike Rivals is a free-to-play multiplayer turn-based strategy and RPG. Battle players across the globe in real-time multiplayer. Collect, strengthen and evolve over 200 units into your own unique squad! The interplay of your various units creates endless tactical possibilities! Compete in regular league battles and special arena tournaments! Fight your way to the top of the world rankings. The once-prosperous aerial kingdom of Lunnain lies in tatters, assaulted from above by the Fallen – ruthless monsters of nightmare who seek only complete destruction. But the people will not take their fate lying down, and their strike back at the heavens starts now! Challenge the world and ascend the rankings until you rule over all!

-Battle against players across the world in simple yet deep tactical battles!
-Collect and train over 700 fully-animated units
-Embark on an epic quest across Lunnain to save the legendary Seven Sisters
-Climb the Sacred League to earn epic rewards
-Take part in regular events and weekend Arena competitions
-Features characters designed by Ryoma Ito (FINAL FANTASY TACTICS ADVANCE) and music by -Ryo Yamazaki (FINAL FANTASY CRYSTAL CHRONICLES THE CRYSTAL BEARERS) 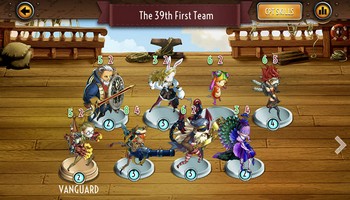 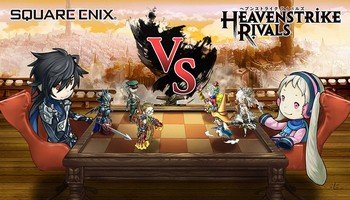 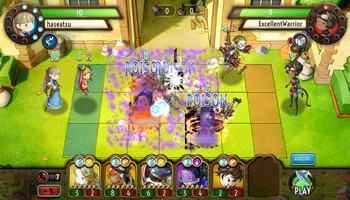