Injustice 2 (mobile) is a free-to-play fighting game with RPG/Collection mechanics for mobile devices, featuring DC Super Heroes & Villains. Assemble a team of heroes like Batman, Flash & Wonder Woman to combat the forces set against you. Master new combos and crush opponents in dynamic 3-on-3 battles. Upgrade your Super Heroes with special powers as you fight your way through the game. Become a champion by collecting gear for your characters and dominating your foes in PvP contests.

ACTION PACKED COMBAT: super moves and combos using Superman’s heat vision, The Flash’s lightning kick, Harley Quinn’s cupcake bomb and much more.
CONSOLE QUALITY STORY: Injustice 2 continues the story set in motion in by the hit game Injustice: Gods Among Us, with cinematics from the console.
FIGHT YOUR WAY TO THE TOP: daily challenges and leaderboard with world PvP arena and fight players 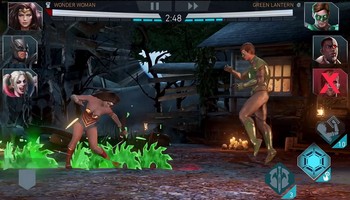 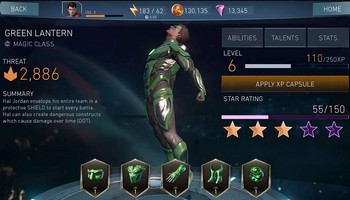 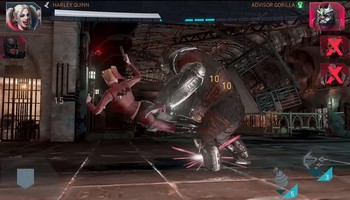