Lambda Wars Beta is a free single-player and multiplayer real-time strategy MOD game for PC. Lambda Wars Beta is set in the Half-Life 2 universe and was made as a Source Engine modification for Alien Swarm over a period of 15 years. Lead the uprising as a commander of the Resistance or crush the rebellion as an overlord of the Combine, with both factions featuring a full host of units, abilities, buildings, research and defenses. Lambda Wars features full-fledged RTS gameplay and a robust RTS interface and is focused on multiplayer but strategic AI opponents and dedicated singleplayer missions are also included.

– Classic real-time strategy (RTS) gameplay in the Half-Life 2 world
– Multiplayer support and game lobby including spectator mode
– Wide variety of maps for up to 8 human or AI players
– Play as either Combine or Resistance (and also Antlions in Sandbox mode)
– Full unit tech tree that allows you to command everything from Manhacks to Striders
– Full-fledged RTS interface and HUD with everything from minimap and fog of war to unit and production building groups
– Build production and research facilities to requisition better units and unlock abilities and upgrades
– Defensive structures, turrets and mines help defend your headquarters and vital resource points
– Multiple game modes
– Singleplayer missions, tutorial map and offline AI skirmish mode 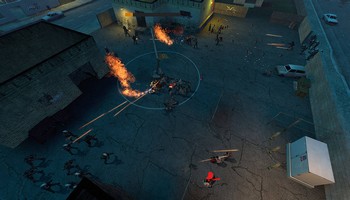 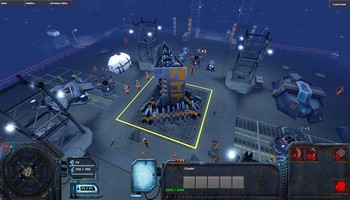 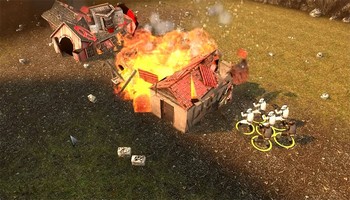