BATTLEFIELD:
Players are thrown into the battlefield with up to 100 other players fighting for the ultimate victory as the last man standing. Spend the first minute or two picking up weapons and gear then it’s time to fight dirty and pull out all the best tricks of the trade as players plot to kill each other until only one remains.
ENDLESS CUSTOMIZATIONS:
Earn special reward crates each time your character levels up by playing. Use the gear you find in these crates to customize your character with unique taunt emotes, cosmetic hats, masks, shirts, pants, shoes and badass gun skins. Your account can level up and prestige endlessly meaning the more you play, the more levels you’ll gain and crates you’ll obtain! Crates can be opened any time and do not require keys or any further purchase to use!
COMPETE LIKE A PRO:
Take your pride and skill to the next level with Last Man Standing Competition Mode. Compete against other players for cash prizes every month via the ranked leaderboards as well as earn unique seasonal rewards only available in Competition Mode. Top ranking players on the leaderboards will be eligible to participate in Last Man Standing Tournaments for large-scale cash prizes once they are made available. 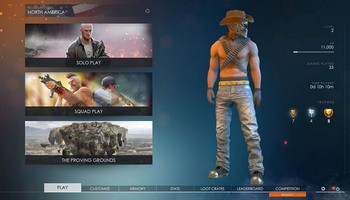 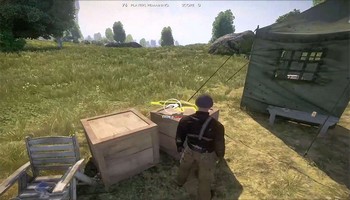 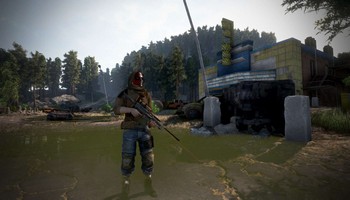 64-bit Support! Patch Notes 11-28-17!...
Heya blood thirsty killers,It's finally patch day!  We know it's been quite some time but the wait has been worth it in order for us to upgrade to 64-bit!  With these updates comes optimizations and fixes to the way the game handles information on your PC!  We hope you [...]
Patch 9-1-17! Lighting fixes & more!...
Happy Friday everyone!We're having a patch today to address some known issues with Last Man Standing!  We hope the following fixes improve your game play experience!  GENERAL FIXES Fixed a location at the F [...]
Patch Day 8-24-17! Updates & Fixes!...
Hello ruthless killers - it's patch time!The goal of today's patch is address issues related to frame rate, memory leaks, lighting, barrier adjustments and a few exploit fixes related to the starting zone.  We hope that the following changes listed below improve the ov [...]
Hotfix Notes 8-1-17...
Hello everyone,Today we have deployed a much needed hotfix for some things that we broke!  Everyone should have a more stable framerate and if you're playing on the lowest settings you should see less crashes and better performance all around!  There are of course stil [...]