League of Legends is a free to play MOBA (multiplayer online battle arena) video game developed and published by Riot Games for Microsoft Windows and Mac OS X. League of Legends is a fast-paced, competitive online game that blends the speed and intensity of an RTS with RPG elements. Two teams of powerful champions, each with a unique design and playstyle, battle head-to-head across multiple battlefields and game modes. With an ever-expanding roster of champions, frequent updates and a thriving tournament scene, League of Legends offers endless replayability for players of every skill level. It is a free-to-play game, supported by micro-transactions. It was first announced on October 7, 2008, and released on October 27, 2009. League of Legends was generally well received at release, and has grown in popularity in the years since.

– Battle Head-to-Head: Combine strategic thinking, lightning reflexes and coordinated team-play to crush your enemies in both small-scale skirmishes and intense 5v5 battles
– Strategize and Evolve: With regular gameplay updates, multiple maps and game modes, and new champions constantly joining the League, the only limit to your success is your own ingenuity
– Compete Your Way: Whether you’re enjoying a game against bots or climbing the ranks of the league system, League of Legends has the tech to quickly match you with a group of similarly-skilled competitors
– Fight with honor: Compete with honor and receive special commendations from your peers to reward your good sportsmanship
– Experience eSports: As the world’s most active competitive scene, League of Legends sports numerous tournaments worldwide, including the prestigious Championship Series where salaried pros compete for millions
– World’s Largest Online Gaming Community: Join the world’s largest online gaming community: make friends, form teams and battle tens of millions of opponents from countries across the globe, then exchange strats on reddit, YouTube, the forums and beyond.

League of Legends has long been a focus of public competition. The 2010 World Cyber Games Grand Finals in Los Angeles hosted a League of Legends tournament, at which teams from China, Europe, and the America competed. The Counter Logic Gaming team from North America won the tournament, earning a $7,000 prize.
Competitive play reached new heights at the Season 1 World Championships in June 2011. The event, held at at Dreamhack in Sweden, featured US$100,000 in prizes. The European team Fnatic defeated teams from Europe, the USA, and Asia to win the tournament and received US$50,000 of prize money. Over 1.6 million viewers watched streaming broadcast of the event, with a peak of over 210,000 simultaneous viewers in one semi-final match.
After Season 1, Riot announced that US$5,000,000 would be paid out over Season 2. Of this 5 million, 2 million will go to Riot’s partners including the IPL and other major eSports associations. Another 2 million goes to Riot’s Season 2 qualifiers and championship. The final one million goes to small organizers who apply to Riot to host League of Legends tournaments. 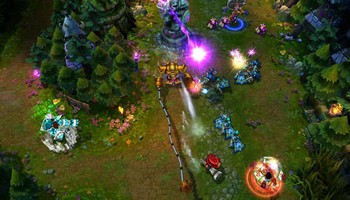 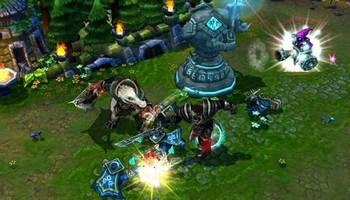 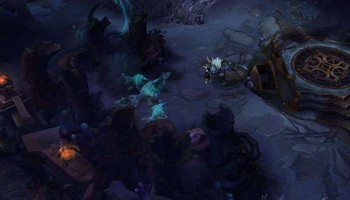