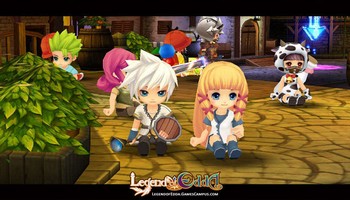 Legend of Edda is a Free to Play MMORPG with a beautiful art style, intense realm vs. realm combat, and an enchanting world of myth and lore! Prove your worth to the gods and dominate your enemies on the battlefield! PvP is a big part of Edda. From World pvp, Arena’s, duels and Sacred War, there is no shortage of action to please your pvp needs. PvP in coop up to to five players or solo.

–Six Playable Classes: Choose from 6 different classes! Ranging from tanks, to healers, to ranged damage dealers and melee, you’re sure to find something that fits your playstyle! Play the sneaky Assassin or harness the power of the elements as a Wizard. Every class has their own unique abilities, it is up to you to choose which fits your playstyle! Check the class page for more information.
–Choose your side: Before you create your first character, you will be asked to choose between the Olympus faction or Titan faction. Choose wisely, as once you pick your faction, you will be placed in a separate instance with other players of your faction. Never fear though! You can always create another character of the opposite faction should you choose to later on!
–PvP and RvR: PvP in Legend of Edda is limitless! Join Sacred wars with up to 100 players, or duel your friends! Hop into some open world PvP in contested areas or gather some friends to form arena teams and duke it out in 3v3 or 5v5! Want to go solo? No problem! You can also join 1v1 arenas as well or join 3v3, 5v5 with random players! By participating in PvP, you will earn God Points to spend on special items and earn higher ranking!
–Go Questing: No MMORPG is complete without quests to keep you advancing! Complete hundreds of general quests by yourself or with friends! If you run out at any point, grab some repeatable and dungeon quests to keep the experience and money flowing in!
–Costumes: Choose between a wealth of costume items to show off your personality! Costumes can be worn to replace the appearance of equipment, without sacrificing your stats. Mix and match hats, outfits, gloves, shoes, and back pieces to create your very own fashion! Plus, like the gear system, your costumes come complete with added stats!
–Lovable Pets: Collect dozens of pets to accompany you on your adventure! Each pet will fight by your side and add their own unique attributes that benefit you! Level up and gear them up to make them even stronger!
–Party and Raids: Join or form parties to help with quests and benefit with the party buff system! The longer you are partied together, the more buffs you gain! Want to tackle tougher content? Create a raid group and slay the mighty beasts of Edda!
–Economy: No MMORPG is complete without an in-game economy! Buy and sell goods through the auction house or through personal shops. Need to trade items with another one of your characters or friends? Use the mailbox system or simply trade it directly! There are plenty of ways to get the items you need in Edda!
–Achievements and Titles: Do you love achievements and titles? Well then, you’ll find no shortage of that in Edda! Complete hundreds of achievements in-game to earn rewards, or gain catchy titles for specific actions which increase your stats when applied!
–Dungeons: Join a number of instanced dungeons with varying difficulty! Complete them and meet the requirements to earn a higher dungeon score for unique rewards! And, if you’re feeling a bit adventurous, work to unlock their many secrets! 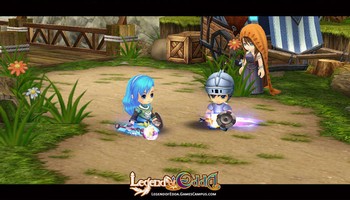 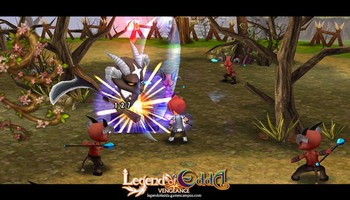 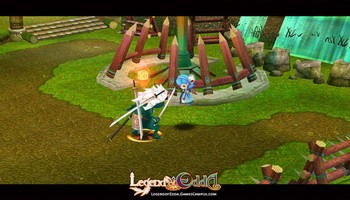 News from Legend of Edda: Vengeance