Legends of Runeterra is a free-to-play digital collectible card game developed and published by Riot Games. Based on the popular MOBA League of Legends and its lore, the game was released in open beta for Microsoft Windows on 24 January 2020 with an Android version expected to launch in the following months. The game is played 1V1 and has the following, interesting game mechanics: Each player begins the match with a hand of four playing cards randomly selected from their card deck, 20 health points nexus and no mana. Before the match begins, each player also has the ability to trade out any of the first four cards initially drawn for random ones present in their deck. In order to play cards, players must spend mana gems, which they get before each round. At the end of each round, any unused mana becomes spell mana that can be used to cast spell cards. 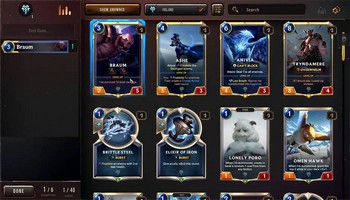 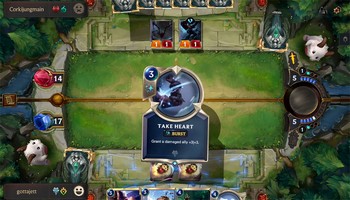 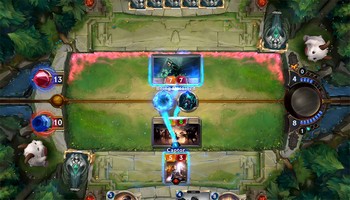