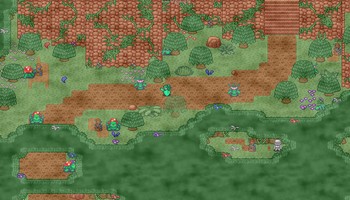 Life forge is a free-to-play retro 2D MORPG allowing you to live a sprawling adventure as you explore a massive world, gather resources to craft gear, engage in PvE and PvP, and buddy up with your friends to conquer end-game bosses. The story is simple, you are found unconscious along a shore line by an elderly man who leads you to his home for shelter. There, the player soon realizes they have no memories, of course and the world in Life Forge is all new to them. From here, the players life is whatever they make it. Players can become great and powerful heroes or, if they wish, villains and take part in quests, explore dungeons and have PvP battles in arenas. In Life Forge crafting is available as well, so a player can harvest all sorts of goods to create a variety of items to use for themselves or sell to other players. Guild and Player housing are also planned features for the game, giving players another little slice of variety and choices which will make their game play unique.

Mount System: Use mounts to travel faster! Different mounts will travel at different speeds and there will be several to choose from.
Character Creation: Choose your characters gender and their hair style. We plan to add new races as well.
Death and Revive system: When your character dies, you will have 60 seconds to either wait and be revived by another player or respawn back at your last check point.
Mostly Custom Graphics: You wont find any RPG Maker graphics here!
Stamina and Weight System: Items have weight and your character has stamina. The more weight you’re carrying the less stamina you will have which will cause your character to move slower. Stamina can be raised through strength and endurance.
Boss Framework: Each boss is created to be unique for a more enjoyable boss battle. Custom programming for each boss is put into the game, so expect a challenge!
Threat System: Your character will gain threat when in battle! Be prepared, enemies will attack the fighter with the most threat first. And, there are taunt skills to increase your threat even more, for those who feel bold anyways.
Quests with Quest log and tracker: Keep track of your quest progress and pin the ones most important! By clicking on the quest while in to quest log, the quest(s) will be pinned to the game screen for easy tracking!
Talent System: There are three different skill trees to apply talent points too, giving players the chance to make their character a unique and fun experience.
And all the basic needs of an ORPG Guilds, DungeonsProjectile Weapons, Blinding Spells, Invisibility Spells, Crafting, Spell Casting and Projectile Enemies, Paperdolled Items, Zelda-Like Puzzle Systems, etc 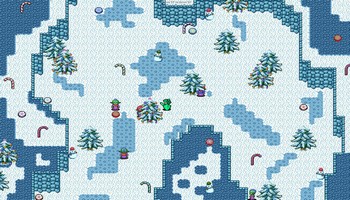 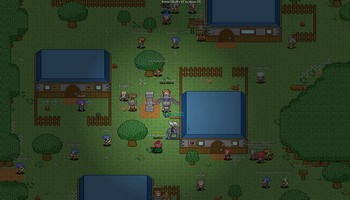 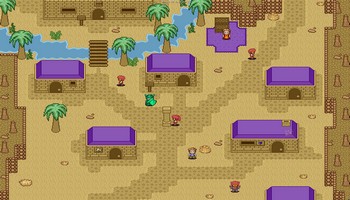 Patch Notes 1.10.86...
GeneralConverted from .bin files to MySQL for Accounts/Banks,Fixed an issue with 'Class Reset' potions crashing the Client,Players can no longer Interact whilst in the Shop UI,Players can no longer Interact whilst in the Trade UI,Players can no longer I [...]
Patch Notes 1.10.82-1.10.85...
All Accounts that have been inactive for over 2 years have been removed from the main database. General'Sunless Shield' now has correct ratios in the Boss Chest,Prevented Tools from being equipped when under Skilled,Separated some none ess [...]
Patch Notes 1.10.81...
GeneralRemoved the 'Ashflower' Resource Node from Emerald Hills,Using a 'Greater Re-Roll Gem' allows Legendary Items to be Re-Rolled,Changed the Re-Roll Machines message to include Gem,Corrected Description of all Smouldering Recipes,Clean [...]
Patch Notes 1.10.80...
GeneralCleaned up the Re-Roll Machine's code,Re-Roll Machine now accepts 2 types of Gems,PM color has changed to BrightGreen,Corrected the message sent to players when awarded an Item via Admin,Added AutoLoot option to automatically collec [...]