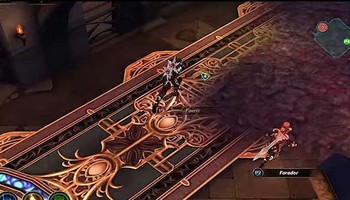 Lightbringers: Saviors of Raia is an award winning cross-platform, drop-in/drop-out, free-to-play real-time Multiplayer Online co-op, hack ‘n slash game in which you face hundreds of enemies on screen, battle alongside your friends and become Legends of the Light. Fend off the mysterious creep that has corrupted every living soul and turned them into reckless monsters. Armed with deadly weapons harnessing the power of light, players will reclaim territories, find epic loot, and cleanse Raia by eradicating the infection. The game is available for android, apple tablets and mobile phones, or can be played on facebook. The game is free to play and features an in-game store for both free and payable options.

– Battle against hundreds of enemies on screen at the same time
– Play with up to 3 friends in real-time multiplayer co-op
– More than 280 orbs to collect, craft and equip
– Create your own custom build, and choose your own path as a hero
– Battle in more than 70 arenas
– Crossplatform multiplayer between mobile devices and Facebook

The fate of Raia is in your hands! Explore its wretched lands and fend off the mysterious creep that has corrupted every living soul and turned them into reckless monsters. Only the Lightbringers can bring an end to this madness! Armed with deadly weapons and bearing the power of the Light, reclaim territories, find epic loot, equip light-infused orbs and get ready to smack some justice back into this relentless infection! 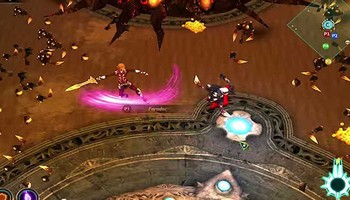 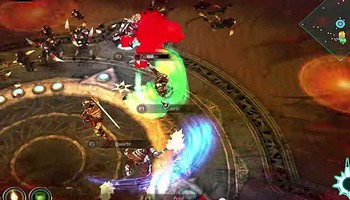 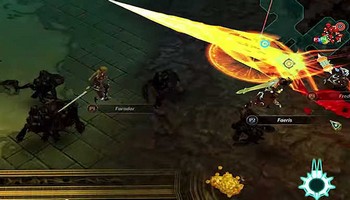