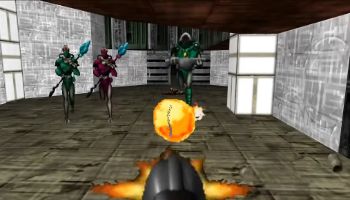 Marathon Infinity (Aleph One) is the free, open source continuation of the original sci-fi FPS classic Marathon Infinity, released for Mac OS in 1996 by Bungie. This is the third instalment in the Marathon game series, which is regarded as spiritual predecessors of Bungie’s Halo series. Aleph One is the open source continuation of Bungie™’s Marathon® 2 game engine under GNU General Public License, and supports Marathon, Marathon 2 and Marathon Infinity natively on Mac OS X, Windows, and Linux! Many third party Mods (scenarios and maps) are also available to further enrich the game’s content, both in single-player and multiplayer. The solo/co-op campaign, “Blood Tides of Lh’owon,” is a 20-level scenario sporting new textures, weapons, and aliens. Marathon Infinity is the most popular Marathon game in online play, and is compatible with hundreds of community-made maps. This release includes the classic graphics, and revamped high-definition textures and weapons.
The iOS version linked to here is published by Soli Deo Gloria Productions and features optional paid HD on the App Store.

Multiplayer matches or co-op can be played up to 8 players through peer-to-peer and work over a LAN or, if the host is configured properly, over the Internet. You can find and chat with other players in Aleph One’s global matchmaking lobby (https://www.lhowon.org/faq).
Every Man For Himself: Standard deathmatch mode whereby the winner is the person or team with the greatest score.
Cooperative Play: Where players assist each other in completion of certain levels with scores based on alien kills.
Kill the Man With the Ball: where the objective is to hold a skull for the longest amount of time.
King of the Hill: where players try to remain alive in a designated area for the longest amount of time.
Tag: The first player to be killed becomes “It”. If a player is killed by “It”, he becomes the new “It”. While “It”, the game increments the player’s clock. The players are ranked at the end of the game by who has the least time as “It”.

Having defeated the Pfhor and reawakened the ancient remnants of the S’pht, the player now faces a world where friends become enemies and all is not what it seems. The narrative begins as if Marathon 2 had never happened. The story involves the player switching between alternative realities via surreal dream sequences, seeking to prevent the W’rkncacnter from being released from Lh’owon’s dying sun… 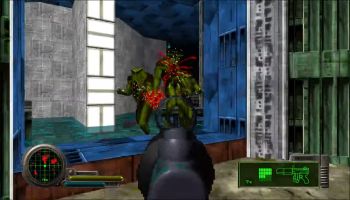 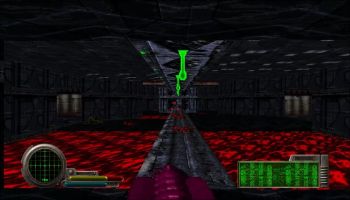 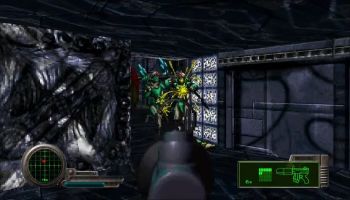 Coming soon to a Reddit post near you.....
[...]
Reminiscent Music...
Was listening to some ambient music from an awesome artist I am subscribed to. Is it just me or does this evoke walking around the lonely corridors of the Marathon? Kicks in at the 5 minute mark https [...]
Flight Of The Tootilator...
[...]
Plot question....
Been years since I played the games, but was reviewing some lore online. I seem to recall that Durandal merged with Thoth and became Thothandal. In the final screen of Infinity the narrator speaks with plural pronouns like "we," so pres [...]