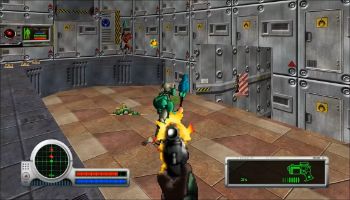 Marathon (Aleph One) is the free, open source continuation of the original sci-fi FPS classic Marathon, released for Mac OS in 1994 by Bungie and created by Jason Jones, Alex Seropian, Greg Kirkpatrick. This is the first instalment in the Marathon game series, which is regarded as spiritual predecessors of Bungie’s Halo series. Aleph One is the open source continuation of Bungie™’s Marathon® 2 game engine under GNU General Public License, and supports Marathon, Marathon 2 and Marathon Infinity natively on Mac OS X, Windows, and Linux! Many third party Mods (scenarios and maps) are also available to further enrich the game’s content, both in single-player and multiplayer. The iOS version linked to here is published by Soli Deo Gloria Productions and features optional paid HD on the App Store.

Multiplayer matches or co-op can be played up to 8 players through peer-to-peer and work over a LAN or, if the host is configured properly, over the Internet. You can find and chat with other players in Aleph One’s global matchmaking lobby (https://www.lhowon.org/faq).
Every Man For Himself: Standard deathmatch mode whereby the winner is the person or team with the greatest score.
Cooperative Play: Where players assist each other in completion of certain levels with scores based on alien kills.
Kill the Man With the Ball: where the objective is to hold a skull for the longest amount of time.
King of the Hill: where players try to remain alive in a designated area for the longest amount of time.
Tag: The first player to be killed becomes “It”. If a player is killed by “It”, he becomes the new “It”. While “It”, the game increments the player’s clock. The players are ranked at the end of the game by who has the least time as “It”.

Set in 2794, the player is a security officer aboard an giant human starship called the U.E.S.C. Marathon, which orbits planet Tau Ceti IV, a human colony. The player’s objective is to defend the ship (and its crew and colonists) from a race of alien slavers called the Pfhor. As he fights against the invaders, he also discovers suspicious interactions taking place on the ship’s AI. 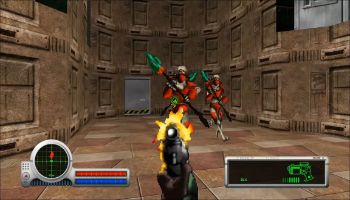 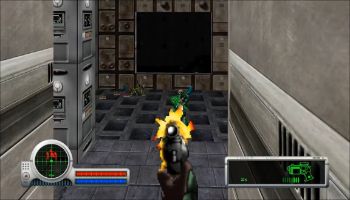 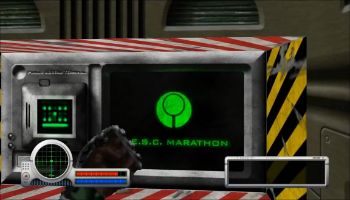 Question about Marathon games....
What is the legal information behind Marathon? As in, can I legally create a fan made game, with or without the name, and can it be profitable or non-profitable? submitted by [...]
Was working fine when I first booted the game but ...
[...]
Aleph one safe way to get Marathon?...
Is the Aleph One open source a safe way to get Marathon? Also how do I launch it submitted by /u/2Tophat [...]
Does ShapeFusion still work?...
Sorry if this is stupid. I'm just now getting into the technical level of Marathon. I'm trying to use ShapeFusion to extract bitmaps from Marathon 1 but it doesn't recognize any file that I give it, throwing "Sorry, th [...]