Metal Slug Defense is a free to play action and strategy tower defense game that has scored a high 20 Million Download World Record, especially on mobile devices. It uses the retro pixel art & animation from the metal slug series that has pleased so many players ever since. But this version has its own downsides. The multiplayer mode of Metal Slug Defense has been criticized for being a little too pay-to-win oriented and the PC version shows the game has been stretched out from one designed for mobile devices.

Metal Slug Defense’s free-to-play model is based on micro-transactions for acquiring such items as boosts and special units. One can play through the entire game without spending money, buying items with ingame currency earned by grinding up xp, but cannot purchase units with medals. 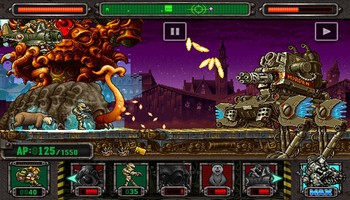 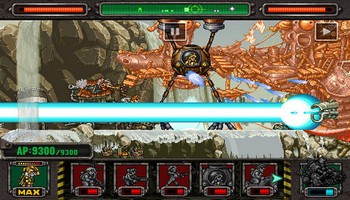 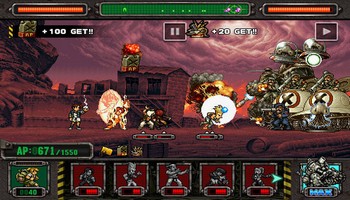