Minion Masters is a free-to-play 1 vs 1 and 2 vs 2 multiplayer online Minion Battler by Beta Dwarf, mixing gameplay elements drawn from MOBA, RTS and Card games. Collect an army of Mighty Minions & Sparkling Spells, then go head to head with other players in a fast-paced minion brawler. Choose one of the legendary Minion Masters, each with their own unique powers that unlock and evolve as you level up during a duel. Capture the Bridges to gain a strategic advantage and speed up your leveling. Think fast, but also ahead, because Minions run at your opponent automatically – No micromanagement needed. Unlock or craft new Minions and Spells to create your own unique strategy from thousands of possibilities.
At the time of writing, the game is free-to-play on discord, while still a paid early access title on Steam. 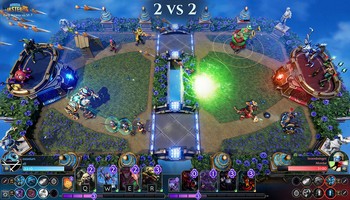 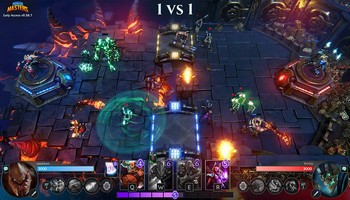 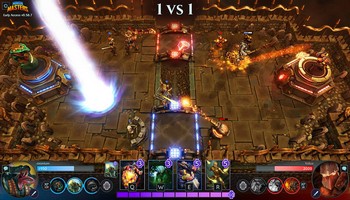