MultiVersus is a free to play platform arena fighting game developed by Player First Games for PC, PS5, PS4, Xbox Series X|S, Xbox One. The game was released in open beta on July 26, 2022, and is similar to popular F2P fighter and esports game Brawlhalla, but with a “stronger emphasis on online cooperative gameplay” (as well as 1 vs. 1 clashes and a 4-player free-for-all mode). Multiversus features a variety of famous heroes and personalities including Batman, Superman, Wonder Woman and Harley Quinn (DC Super Heroes & DC Super-Villains); Shaggy (Scooby-Doo); Bugs Bunny (Looney Tunes); Arya Stark (Game of Thrones); Tom and Jerry (Tom and Jerry); Jake the Dog and Finn the Human (Adventure Time); Steven Universe and Garnet (Steven Universe) and many more to come.

▶ ICONIC CHARACTERS: Choose from Harley Quinn, Tom and Jerry, Finn the Human, Wonder Woman, Steven Universe, Jake the Dog, Garnet, Superman, and an extraordinary creature named Reindog. Every fighter boasts unique abilities that pair dynamically with other characters.
▶ MAPS: Play on various Maps from our characters’ legendary worlds, including Batman’s Batcave and Jake and Finn’s Treefort, and more.
▶ CROSS-PLATFORM: Defend the Multiverse with your friends anywhere, anytime on all available platforms. This includes full cross-platform play and progression.
▶ MODES: Play our innovative 2v2 co-op-focused experience or the intense 1v1 and 4-Player Free For All. You can also refine your skills in training mode or put your skills to the ultimate test in Ranked Competitive. MultiVersus supports online and local play.
▶ CUSTOMIZATION: Every character will feature many different variants and its own customizable perk loadout that will change the way you play and how you synergize with your teammates.
▶ COMPETITIVE: MultiVersus boasts an intense competitive experience with dedicated servers for seamless online gameplay.
▶ A GROWING MULTIVERSE: MultiVersus is regularly updated with new characters, stages, modes, in-game events, variants and more.

MultiVersus beta tests will start end of 2021 – early 2022 and will be limited to a randomly selected pool of beta testers for each system. Interested beta players may register now at https://multiversus.com/. MultiVersus is scheduled for release in July 2022 on all supported platforms, namely PC (via Steam), PS5, PS4, Xbox Series X|S, Xbox One. 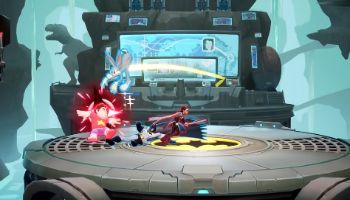 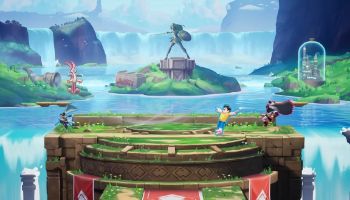 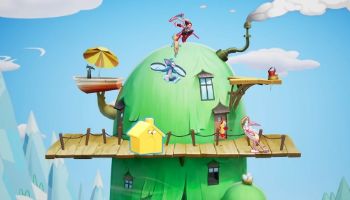