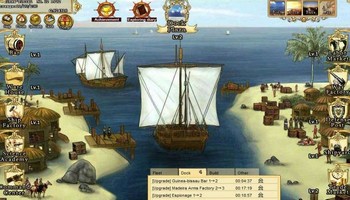 • Ample Freedom With 6 countries to start from and 300+ ports to visit, players are free to explore, trade and fight as they set their own path in their global adventures.
• Plentiful Gaming Content: Unique weapon sets, ships, fleet formations, technologies, port defenses and more allow players to maximize their enjoyment as they make their way to the top.
• A Diverse Battle System: Whether it’s for gold or honor, or perhaps simply to destroy a pirate’s port, battles are a major component of the game. Players will partake in battles such as Route Raids, Dock Raids, and Guild Wars with and against other players.
• Three Professional Paths: The three paths of either Pirate, Merchant, or Soldier allows players to partake in title-specific events to receive honor and achieve their respective titles.
• A Lavish Achievement System: Explore the ruins in each port to collect all 300+ achievements related to world famous monuments, natural wonders, works of art and cultural splendors.
• Strategic Battle: Play With 12 Offensive Skills, 6 Supporting Skills, and 12 Battle Formations, players have the power to customize their technique against each individual opponent’s strengths.
• A Global Trading System: Buy low, sell high and shrewd traders will earn handsome profits at welcoming ports near and far. But buyer beware – prices are constantly changing and today’s popular product may turn into yesterday’s has been!
• A Realistic Stock Market System: With 30 NPC guilds in the stock market, additional player guilds may add their stock if they aren’t afraid of a little challenge. Keep your battle ships ready because every loss in Guild Wars will hurt the losing guild’s stock value.

Naviage: The Power of Capital Screenshots 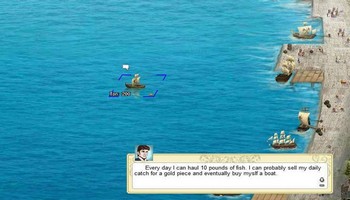 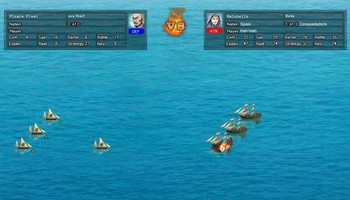 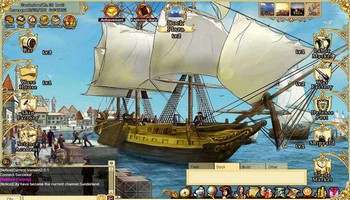 Naviage: The Power of Capital Videos

News from Naviage: The Power of Capital