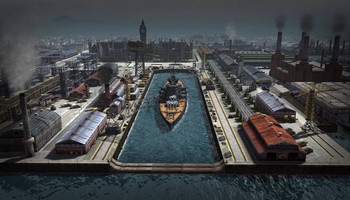 Navy Field 2 is a free-to-play Massively Multiplayer Online Real Time Strategy (MMORTS) game that offers players a fast-paced, action intensive naval warfare experience in a way that has never been seen before! Command various historic ships from World War I and World War II including destroyers, aircraft carriers, cruisers and battleships! Navy Field 2 will challenge players to experience battles based on historical engagements and join in massive naval warfare that features 192 ships and 64 players! Prepare to experience naval battles on an epic scale!
The game is currently in its final stage of development before final release, implementing beta feedback after closed beta gaming was ended on April 10th 2013!

Navy Field 2 features an unobtrusive free-to-play model where the acquisition of advantages through micro-transactions doesn’t automatically impede on one’s ability to win. Items and bonuses are available with in-game credits or real money, although they are more powerful by the latter means. 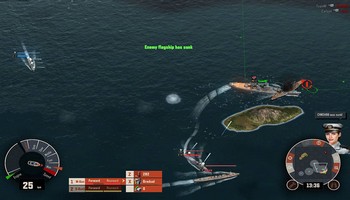 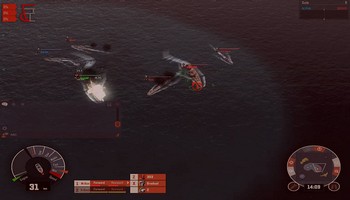 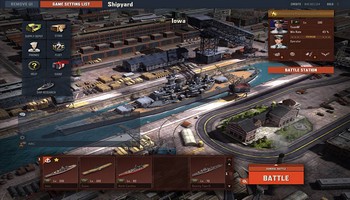 Upgrade of Server line...
Dear Community,Thank you for your support on NavyField 2. As you know that we decided to provide minimal support on NavyField 2 at the moment until late 2018. But we still want to provide an ideal gaming environment for our players. We upgraded our server line to [...]
[Breaking News] Game updates will be arrived at No...
Dear NF2 Captains, It's been a long time that we couldn't have a big update for better gaming but finally we are preparing a significantly big changing of the game, and it will be applied on the 17th of November. We decided to change the current play style to foll [...]
[05/11] Maintenance Notice 11PM - 11:59 PST...
Dear NF2 Captains, The NF2 server is scheduled to go down tonight for routine maintenance (from 11PM -12 AM PST).There are two server patches tonight:1) Random draw bug at the end of battle has been fixed. 2) Due [...]
New Matchmaker & Special Events!...
[...]