No More Room in Hell is a free co-operative first person zombie survival horror game involving shooting and melee combat. It is a tribute to the highly acclaimed film series in which the above quote originated from. Taking inspiration from George Romero’s “Of the Dead” series, the mod (now a standalone game) is set during a time in which the world is on the verge of collapsing into chaos from a disease whose origin is unknown. Many experts and organizations have their theories and ideas on how such a disease emerged and started to systematically destroy our very way of life, but one fact is clear to all. Whoever perishes from the disease gets up and kills, and the people they killed get up and kill.

– Teamwork: Co-operative play with up to eight players.
– Voice and Text Communications Limited by Distance: The further you’re away the harder it is for other players to hear you. Keep those walkie talkies close!
– Dynamic Objective Maps: The next playthrough may not be the same as the last!
– Survival Mode: Defend and maintain your shelter against the undead in the hopes of getting extracted to a safe area.
– A Realistic Approach: In short, no crosshairs with limited “only when you want it” HUD. In addition, ammo and weapons are extremely scarce. With that in mind, aim down your sights and shoot for the head!
– Multitude of Different Opponents: Ranging from the iconic “walking zombie” to the more contemporary “runners”, NMRiH will keep you on your toes with a mix of dangerous foes to face down. However, the most dangerous enemy may not always be the walking dead…
– Infection: One bite may be what it takes to bring you down. If infected, you must decide if you want to alert your team to rid you of your burden, or to keep quiet in the hopes of finding a cure…
– 30+ weapons and counting, ranging from the diminutive .22 Target Pistol, to the almighty Chainsaw.
– No ads (on official and community official servers, user-hosted servers may vary)
– 100% Free No pay to win items or microtransactions (unless you buy the soundtrack DLC)

No More Room in Hell Screenshots 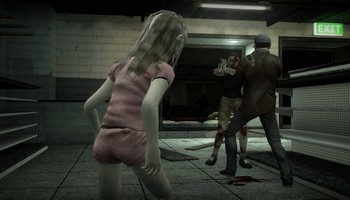 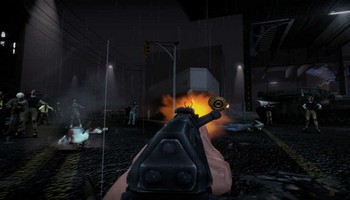 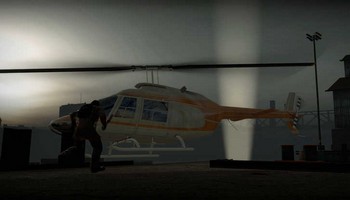 No More Room in Hell Videos