Nova Blitz is a real-time card game. Summon units, play powers, and duel in real time. The goal of Nova Blitz is to reduce your opponent’s Health to 0 by playing Powers and attacking with Units. Turns are simultaneous, with both players playing at once. And, in combat, hidden attack and block orders let you bluff and counter-bluff your opponent. Everything that you expect in a trading-card game is in this game – strategic, deep, game play; back-and-forth combat; a huge selection of cards to build decks from; and really big tournaments.

No Waiting: Games are played simultaneously in real time
Quick Games: Each game takes less than 5 minutes
Smart Packs: Your packs contain cards you need
On-Demand Drafts: Never wait for other players
Rankings: Climb the leaderboard each month in search of the top prizes
Cross-Platform Play: One account across Mac, PC, iPad, & Android 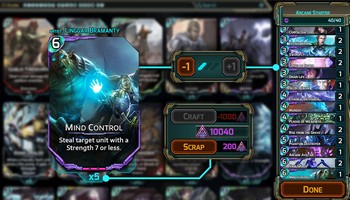 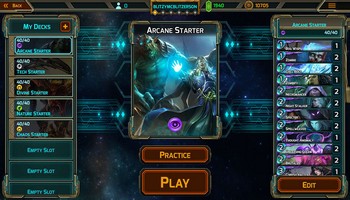 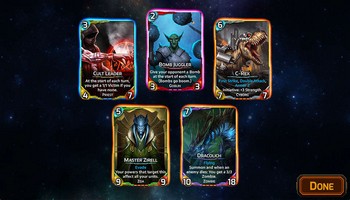