Onraid is a free-to-play challenging 2D shooter game, where you are free to develop your own play style and tactics to destroy your enemies. Onraid offers intense battle modes, a varied set of character classes and cosmic visuals. Team up with friends or strangers to strengthen your chances as you battle unknown enemies, strange bots and mighty bosses. Use the items collected on raids to craft powerful weapons, gadgets and skins and customize your quirky character. Time to Raid!

9 character classes: each of which has its own strengths and weaknesses, weapons and gadgets. Tweak your character for your preferred game style.
4 unique battle modes: each with different settings and goals. Players form teams by inviting their friends or being randomly paired, and you can fight against each other or against game bosses.
Craftable equipment: Collect items from raid boxes to craft different weapons, gadgets and skins, each of which has their own strengths and weaknesses. Build over 45 weapons, 80+ gadgets, and 60+ skins. Customize your character in ways that can directly affect your tactics, and develop your own play style.
PVP leagues: Get to the top of the rankings as an individual or as a team!
Much more yet to come in regular updates! 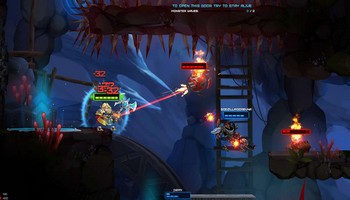 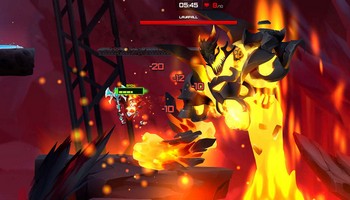 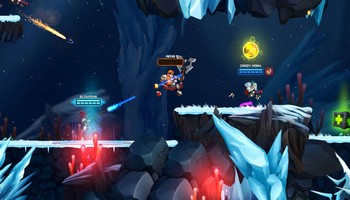 Chinese game cluster...
Chinese game cluster has been launched! All players from China are moved automatically to new server, it is also possible for other players to manually switch to new cluster in game settings. [...]
Changes for the rating...
We are planning several important changes for the rating mode. These changes are based on comments and reviews of our users.1) Players of the master and champion leagues will not be able to make parties with friends to participate in the rating games. This decision is cau [...]
Chinese game cluster...
Due to the specifics of the Chinese Internet segment, we decided to create a separate gaming cluster for users from China. By excluding external traffic, we hope to increase game quality and reliability.Also, the Chinese gaming community will receive its own rating list, wher [...]
Release 2.402: Balance changes, new rewards and ne...
Announcement of the new hero: MedicArmed with a ray gun, she incinerates enemies with scorching light пр [...]