Paragon was a free-to-play third-person multiplayer online battle arena game (MOBA) developed and published by Epic Games for Microsoft Windows and PlayStation 4. Powered by Epic’s own Unreal Engine 4, the game entered early access in March 2016 went open beta in August. Players are tasked with defeating the enemy team and destroying the core in their base. They can reach their opponents’ bases through the three lanes featured in each map. Each lane is protected by defensive towers that protect the bases by attacking any incoming enemies that stand within its range automatically. The lanes are surrounded by jungles. Inside the jungle, players can find additional resources for their teams, at the risk of encountering monsters. There are also shadow pads which temporarily hide the players or teleport them back to their base. 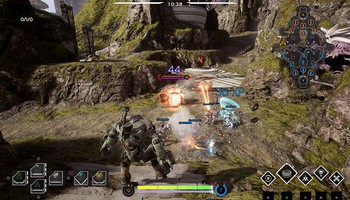 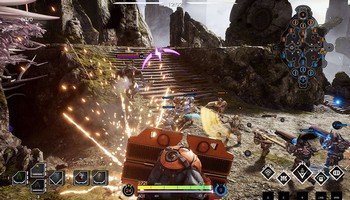 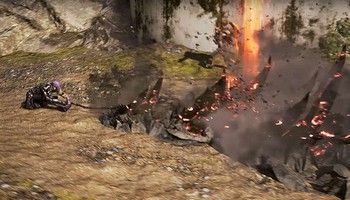