PES 2019 Lite (F2P Edition) is the much-awaited Free-to-Play version of Pro Evolution Soccer 2019 and is an attempt by Konami to further develop its competitive gaming offer, thus aligning its product with the free-to-compete trend. Now you can play the Online myClub and PES LEAGUE Mode, as well as the Offline Exhibition Match and Training Mode all for free.

Create your very own dream team with myClub, where current and historic superstars can be signed. World renowned legendary players like Beckham and Maradona feature, as well as FC Barcelona’s Ronaldinho, and Inter’s Recoba, Cambiasso, Djorkaeff and Adriano. More Legend players will appear in-game throughout the year in myClub!

Aim to be the best PES player in the world by competing in this season’s PES LEAGUE. Users will be able to qualify for global events by participating in the CO-OP (3v3) ONLINE Championship, time limited tournaments, or the newly introduced PES LEAGUE myClub 1v1 competition.

PES 2019 LITE offers unrestricted access to myClub mode, that allows players to sign current footballing superstars and legends such as David Beckham, Diego Maradona and Gabriel Batistuta, as well as FC Barcelona’s Ronaldinho, Inter’s Recoba, Cambiasso, Djorkaeff and Adriano, with more to be added following launch.
New to myClub this year is Featured Players, whose abilities are influenced by their performance in the previous weekend’s fixtures. Available every week, these special players will have boosted stats based on their match performance, with some even receiving new skills.
Additional modes such as offline exhibition matches and skill training are available, alongside PES LEAGUE mode, enabling players to take on the challenge of being the best PES player in the world – either through 1v1 or CO-OP competitions.
PES LEAGUE mode will also allow players to qualify for global events by participating in CO-OP (3v3) ONLINE Championship, time limited tournaments.
This year’s LITE edition also includes EDIT mode in which you can customize teams, players, uniforms, stadiums and strips to add your own unique flavor to the world of football or easily import edit data made from other players. 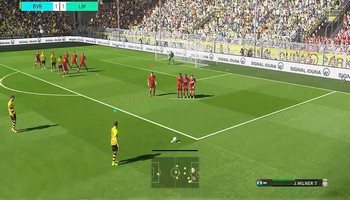 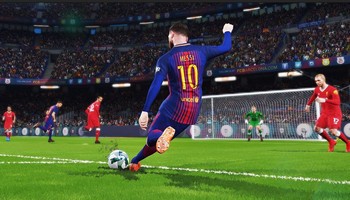