Puzzle Pirates is a free-to-play MMO puzzle game playable in coop, multi-player and single-player. Brace yourself for swashbuckling puzzle action as you pillage your way to glory across the briny deep! Create and customize a pirate, collect booty, and join a player-run crew of cutthroats! Every activity in Puzzle Pirates is a uniquely fun puzzle: be it sailing, gunning, or hauling treasure, your own puzzling skill determines your success across all sorts of puzzle games.

Co-operative Piracy: Sail the seas with your friends and pillage brigands and merchants aboard your very own pirate ship.
A Plethora of Puzzles: Play more than 20 puzzles and mini-games, representing various piratey exploits, such as Swordfighting and Sailing.
Sail to Adventure!: Explore a living world filled with thousands of other players. Hunt dangerous Sea Monsters and voyage to lost treasure-filled realms, such as the Haunted Seas.
Booty!: Customize your pirate with a bounty of different clothing items and equipment.
Player-Run Economy: Run your own shop and produce weapons, ships and other goods for sale. Band crews together under a mighty “Pirate Flag” and become governor of a pirate haven.

Puzzle Pirates is free to play, no subscription is required to enjoy everything the game has to offer. 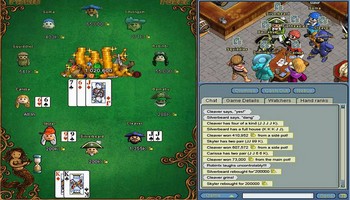 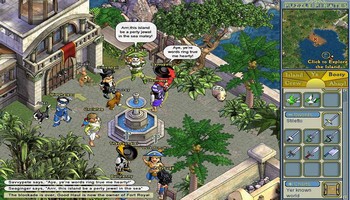 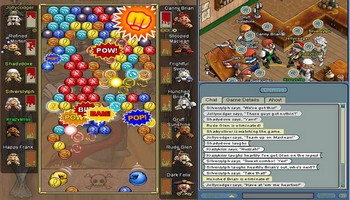