RaiderZ is a Free-to-Play Massively Multiplayer Online RPG (or MMORPG for short) in which players engage in battle against colossal and powerful beasts in order to save the world of Rendel from destruction. Experience action-based gameplay, join a hunting party, and team with up to 15 other adventurers to beat back the monstrous forces of destruction. In RaiderZ, you must hunt together, or die alone. There are no set classes in RaiderZ. You are free to pick and choose from among different weapons and skills and their associated combat styles. Mix sword and shield with destructive magical forces, aid your allies with healing spells, or specialize in wielding two-handed hammers. The choice is yours!

Hunt Together or Die Alone: Enter a world dominated by fearsome beasts and put your skills to the test! In this free-to-play MMO, join a hunting party and engage in fierce battles against colossal monsters. Time attacks and dodges in order to succeed… and survive.
Monster Mash Grappling System: The monsters in Rendel won’t just kindly knock you about: these colossal beasts will throw you, crush you and eat you alive! Dodge and parry to avoid their crushing blows and razor-sharp teeth.
Fight Monster with Monster: With Conquest Crafting, explore the wonders of Rendel on a quest for the most powerful gear imaginable. Hunt terrifying monsters and turn their claws, horns and other deadly body parts into your own weapons!
Choose Your Weapon: Characters are customizable to fit players’ preferred type of play. Select different types of weapons, skills and their associated combat styles and take on the role of the Defender, the Cleric, the Berserker, the Sorcerer, or the Assassin.

The once prosperous and powerful Kingdom of Rendel has finally crumbled. Vicious beasts, awakened by the contamination of the Prime Stone, roam the lands with an insatiable thirst for blood and a desire to claim Rendel as their own. The horde has grown too strong and endless waves of mutated creatures continue to slowly claw away at the last remaining barrier between beasts and humans. There is still, however, a small glimmer of hope for the ill-fated kingdom. A team of champions with weapons and armor forged from the contaminated beasts has risen to slay the marauding monsters. 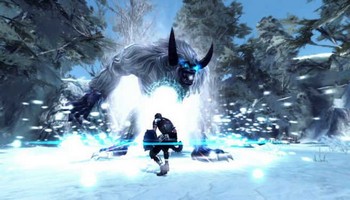 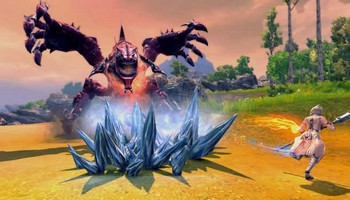 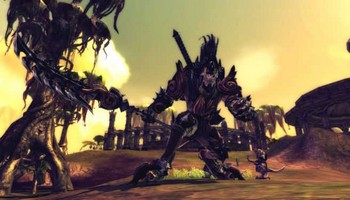