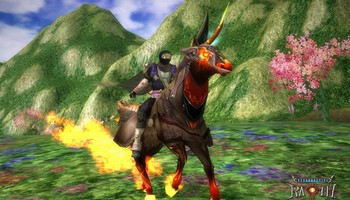 Rappelz is a free-to-play medieval fantasy MMORPG developed/published by Korean companies Gala Lab and Webzen. In Rappelz, each player has the possibility to choose a profession, From Assassin to Priest, Dark Mage to Gladiator and usually plays according to that specific role. For example, a Priest will have support skills and should, by definition, be nice to other players. Not really looking for melee combat, the Priest will have low defence but good support abilities to help him or the others surviving the numerous in-game challenges. Role-Playing is also the background story of your character that you create yourself. Many online users like sharing self-made stories and use their imagination to enhance their gaming experience. There are three different Races in game, Asura, Gaïa and Deva. It is important for you to choose according to your correctly as each race will define your set of skills and appearance.
The core distinguishing feature of Rappelz is its pet system. Every single character in Rappelz can train a pet to fight on his side with many different purposes (tanking, damage dealing, healing, support, etc…). There are currently 28 different creatures in the world of Rappelz with many different appearances, skills and abilities. The rarer your pet is, the more destructive your character will be.

– Unique, Tactical Pet Taming and Training System: Pets in Rappelz manage to level up! They go through the challenge of a 3-stage evolution. They learn battle styles and acquire job levels. An avatar, depending on his class, is allowed to have three pets.
– Deep Character Customization: As you begin the gameplay, you are entitled to choose among the three races: Righteous Deva（”light”, Cunning, Asura（”darkness”）, Fearless Gaia（”nature”. Note that the character’s job class can also be customized according to your preference.
– Extreme Dungeon Siege: Rappelz offers extreme dungeon sieges, sieges that can only be won by a closely coordinated guild. The dungeon siege system is divided into two exciting facets, the timed monster attacks(raids) and the live PVP action (sieges). Both are expected to keep the players at the edge of their seats.

The oldest race is the Gaia, and to assist them, the gods of Creation and Extinction brought two more races into the world. They were the Deva who represented the Light, and the Asura who represented the Darkness. With this, there was a period of peace and stability in the world.
As the ages passed by, there was one among the Gaia who called herself “The Witch”. Over time, she grew in tremendous power and with a ruthless ambition, rallied the people of Gaia to rebel against the world.
Not all the people of Gaia heeded this call, however, and the world was thrown into chaos. It was only through the combined efforts of the three races of Deva, Asura, and Gaia that “The Witch” was finally captured and burnt alive. It was a victorious outcome of a unity between the three races.
Now at the present time, the three races continue to co-exist with each other in the world of Rappelz but dark rumors have surfaced about the second coming of “The Witch” and the return of her terrible forces. T Epic 6 set’s you on a quest to discover who is behind the resurrection of the witch, the introduction of the previous Hero Hector, and finally the assassination of the witch. 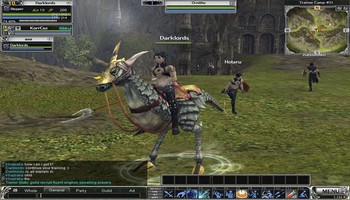 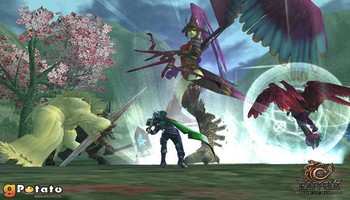 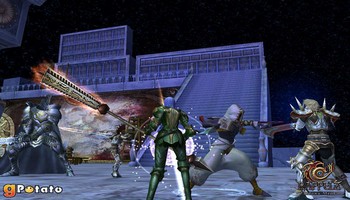