Rise of Flight is the most realistic WWI PC flight simulation ever created. Take to the skies of war torn Europe and experience daring air combat at the dawn of aviation. Re-enact famous air battles fought by legendary aces such as Manfred von Richtofen, James McCudden, Georges Guynemer and Eddie Rickenbacker. Rise of Flight transports you to a time when courageous pilots fought each other for control of the sky high above the bloody trenches. In aircraft made of canvas and wood they battled to the death. While some survived to become legends, most met a fiery fate. Do you have the skills and the courage to become an Ace?

There are 35 additional flyable aircraft available for purchase along with additional content from the Steam store in the form of content packs. These packs include not only airplanes and additional theaters of war, but also useful items such as Field Modifications and Weapon Modifications for your aircraft which can help you be a more effective combat pilot. This extra content can give you some form of advantage over other players in combat. 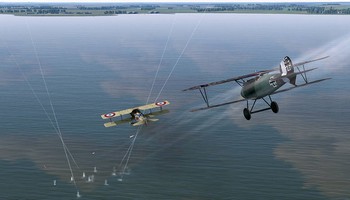 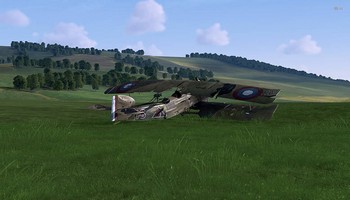 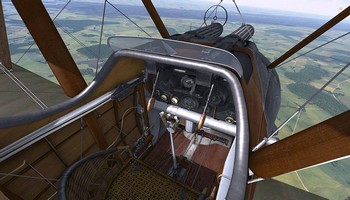 Special Flying Circus Discount for Rise of Flight ...
Dear ROF Pilots,It’s time to return to the Great War and experience WWI like never before! We are proud to announce that Early Access for Flying Circus – Volume One has begun! As many of you already know, we are bringing WWI content to the IL-2 Sturmovik: Grea [...]
Rise of Flight community skin pack update...
Today's small update adds support for community skinpack Vol. 19.The packs add 36 historical and 277 fictional skins and can be downloaded here (they can be installed together or independently): [...]
Rise of Flight Anniversary Sale - 66% Off Everythi...
Dear Pilots!This May we celebrate the amazing 7th anniversary of Rise of Flight initial release: its 8th year of availability just begun. It’s hard to believe that so many challenging, but great and creative years have passed. We're proud to see it in good health thanks [...]
Up to 60% off for additional planes and content...
Dear Pilots!Is there a plane you always wanted to try? Now is a convenient opportunity to get it, because our Fall Sale just started.Aircraft (except the two Sikorsky planes) and other RoF items are offered with up to 60% discount.See you in the sky! [...]