PVP Arena strategy: Battle with friends and RIVALs from around the world in real time
Lead your Champions: Choose your Leader and build a team strategy. Unleash your Leader Ability to change the tides of battle
Strategic Ability System: Upgrade Champions and Spells to unlock game-changing abilities. Build new strategies with Leader abilities and upgrades. Awaken your Spells and Champions to unleash their full potential.
Create, join, play and chat with Guilds: Fight with your friends and RIVALs with the global guild system. Unlock tomes, badges and other exclusive content with your guild members.
Obtain rewards with RIVAL quests: Complete quests to unlock unique tomes and gather resources.
Build the ultimate RIVAL team: Mastermind new strategies against fellow RIVALs while discovering new synergies to defeat any strategy. 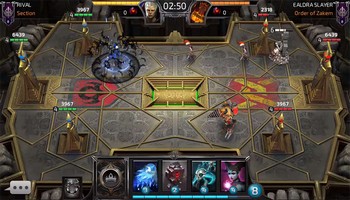 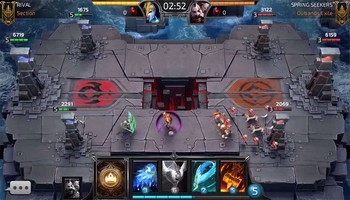 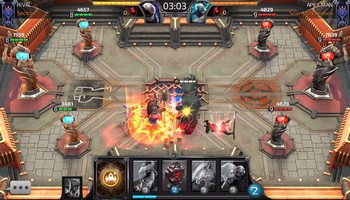