Rules of Survival (ROS) is a free-to-play Battle-Royale shooter game for mobile ports, with possible conversion for Windows/MAC PC. ROS is the first 120-player battle royale third-person shooter to be made for mobile. You will be one out of 120 unarmed players who get air dropped into a vast, deserted island. Only the last one survives. Remember, your safe zone is diminishing. You are racing against poison gas spreading, enemies shooting, and ultimately death chasing. You could either fight alone or form a small team up to 4 players. Collect weapons scattered, arm yourself to the teeth, wield your wisdom and tactics, loot gear from the unlucky.
Below is a video tutorial on how to run the game on PC.

Run or Fight: Absolute fair play in a massive HD map.
Last Man Stands: Solo or team mode in a 120 survivor’s battle.
Pick and Use: Variety of firearms and accessories.
Fast and Furious: Drive vehicles across different terrains. 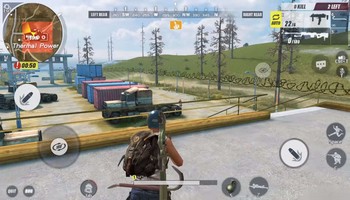 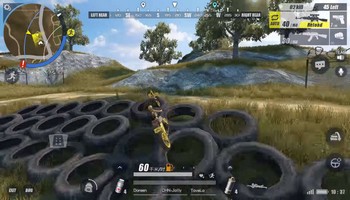 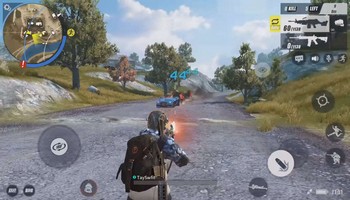