Scavengers is a free-to-play multiplayer third-person shooter in early access for PC (Steam and Epic platforms), PS4 and Xbox One by Improbable studio. The game is a sci-fi, post-apocalyptic themed strategic survival battleground where squads of three compete to survive and dominate in a hybrid of sandbox-style PVE and class-based PVP. Players choose from a roster of adaptive Explorers, arm themselves with a combination of unique abilities and weapons, and conquer the challenges of a hostile wasteland. Players can now register for beta access sessions.

“We left when the asteroid shattered the Moon and froze the Earth, bringing with it a virus that birthed unspeakable horrors. We left with our lives and little more, seeking refuge off-planet – a refuge from the crazed mutants we call the Scourge; a refuge from the marauders who stayed to pillage and seize control of what remains on the surface.
There are far fewer of us today. Mother – our Sanctuary’s AI protector – watches over those of us who remain. We want a cure for the virus. She wants something more. So we must do as Mother says: return to the surface to fight – for one another, against each other, and for the future of our species.”

▶ Discover Deep Sandbox PvEvP
Experience a new kind of competitive shooter, where every match offers multiple strategic avenues. Your objectives: capture more data points than rival squads, and stay alive – the rest is up to you. Track enemy players through snow, pit AI wildlife against adversaries, use storms and shelters to your advantage, stealthily navigate outposts, or take on the world guns blazing. It’s Player-vs-Environment-vs-Player, and creativity equals victory.

▶ Survive an Unforgiving Frozen Wasteland
Blistering ice storms. Gnawing hunger. Deadly marauders and mutated creatures. At every turn, your squad’s survival hangs in the balance – to say nothing of the enemy teams looking for an opportunity to attack. Only by navigating the terrain, scavenging resources, and proving your skills in combat will you have a chance of successfully extracting from the planet.

▶ Choose Your Survival Specialist
Humanity’s last hope rests with just a few courageous and desperate souls, each wielding a unique combination of signature abilities and weapons. Select a character, customize your loadout, and join other players to build an unbeatable squad that has what it takes to outplay the other teams and seize victory.

▶ Lay Waste in the Wasteland
Adaptability is your greatest weapon in Scavengers. Whether clearing Outlander encampments or facing the threat of other squads, mastering a variety of weapons and strategic use of your abilities will mean the difference between victory and an icy grave. Between matches, you’ll unlock and upgrade blueprints, allowing you to craft an even deadlier arsenal in the field. If all else fails, run players down with a salvaged vehicle or force them into a withering storm. Your opportunities for carnage are endless.

▶ Winter is More Than One Season
Over the long term Scavengers will introduce new seasonal objectives, modes, characters, enemies, map locations, and more. Far from being frozen in time, this post-apocalyptic proving ground will continuously shift and evolve – revealing new challenges and demanding new strategies to overcome them. 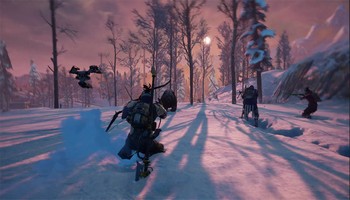 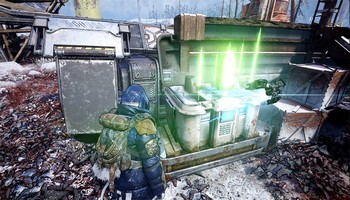 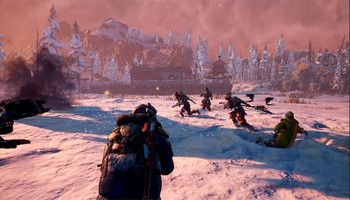 Free Contract With The Devil from Indiegala (PC)

DRM-free and Indie games-friendly platform Indiegala has partnered with game publisher 8Floor to give free copies of Contract With The Devil, a casual hidden object and puzzle game for PC. It isn’t known how long the giveaway will last, so better grab […]

The popular DRM-free and Indie games-friendly platform Itch.io is giving away free copies of Untangle, a first person horror game for PC (Windows), courtesy of the game’s developer LsGameDev and Itch.io. It isn’t known how long the gift will remain available for. Giveaway […]