SCP: Secret Laboratory is a free horror / sci-fi themed tactical RPG / FPS hybrid PVP game for PC by Northwood Studios. The game was mostly based on SCP – Containment Breach by Undertow Games initially, until Northwood Studios deviated from the opus by creating a unique setting and expanding lore, with an ultimate goal of presenting players with a complete and immersive game experience. The primary objective of the SCP Foundation (also “the Foundation”) is to safeguard the world from any and all entities, objects, or phenomena that are deemed potential threats to humanity, and thus to uphold the normalcy of the modern world. Chaos Insurgency forces have begun acting against the Foundation in pursuit of a future where humanity reigns supreme.
The randomly generated facility and role division make every game special and full of sensations. You never know where you are heading or what awaits you behind the next door, no matter what role you are playing. The winner team is one that finished all of its objectives. There are many ways of fighting against enemies, from using firearms to detonating the whole facility with a hydrogen bomb.

D-Class Personnel – Inmates kept within the bowels of the Foundation sites as lab rats; test subjects at the mercy of the Foundation’s cruel practices. Escape from your confines and rebel against your imprisoners — by any means necessary.
Foundation Scientists – Researchers, engineers, and division specialists; you must ensure your own survival until an MTF extracts you from the ensuing pandemonium. Use your wit — and access cards — to survive. But be wary of the Class-D scurrying beneath you; they’ll do anything to escape their confines.
Nine-Tailed Fox Units – The first MTF units to respond to the emergency. Your mission: To extract valuable Foundation personnel and to, with the utmost vehemence, eliminate or re-contain any SCPs that have escaped.
Foundation Security – On-site security personnel charged with restoring order amidst the chaos. Evacuate Scientists, eliminate D-Class Personnel, re-contain escaped SCPs, and above all do whatever it takes to restore normalcy to your site.
Chaos Insurgency – Once a mere splinter cell force and now a formidable military power, yet still but a shadow of their former Foundation employers. Your primary objective is to purge the facility of Foundation personnel and seize the “assets” that are deemed to serve the best interests of Delta Command, your elusive overseers.
SCP Entities – Typically hostile sentient beings of an anomalous nature, all of which are extremely different from one another. You are to consider yourself an enemy of all humans, and formidable ones at that. Do not accept any attempts to compromise — you are naught but death.

Amidst the chaos of a disastrous mass containment failure at the supposed “master site” Site-02, you fight your way to the top alongside — and against — other players. From devious D-Class and cunning scientists to elite Mobile Task Force units (MTF), rebellious Chaos Insurgency (CI), and even the horrific SCP Entities, there are many key roles to play in this gruesome affair, so… How will you act amidst a containment breach? 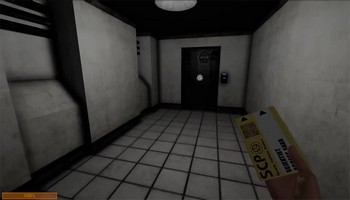 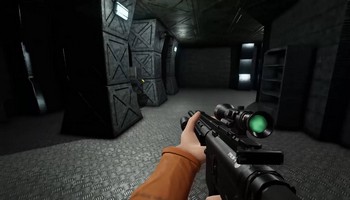 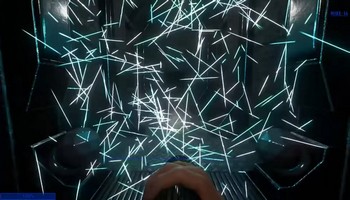