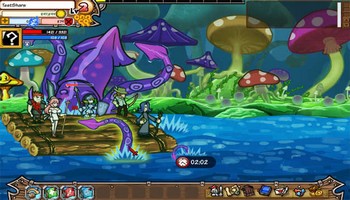 SideQuest is a free-to-play Unity-based browser fantasy MMORPG. In certain respects, SideQuest is a robust MMO: players can fight each other (synchronously or asynchronously) in arenas and battlegrounds, join forces to go on raids or quests, form guilds and trade loot, compete on a leader board, and go head-to-head in a full-featured collectible card game. In other respects, however, SideQuest is a deep single-player game. Unlike most MMOs, SideQuest uses a jRPG-like preset party. The player picks a main character from five heroes, and the other four act as companion characters. These heroes are the focus of a single-player campaign with a rich story, varied quests and puzzles, cutscenes, and so forth. In essence, players engage in the single-player aspect in parallel with each other, and then cross paths during the multi-player PvP and cooperative aspects. These multi-player aspects (along with challenge dungeons) also act as an end-game once the singe-player aspect is complete.

Custom-made and carefully designed: Every area, every character, every cutscene is designed to be aesthetically striking and engaging from a gameplay perspective. There aren’t filler skills or filler areas or filler text or recolored enemies just thrown in to pad the game. Instead, every quest features custom art, unique gameplay elements, and narrative significance.
Distinctive party-based gameplay is: Each of the five characters has multiple archetypes; for example, you can respec your knight as either a tank or a paladin; the same is true for the other four characters. In addition, every skill can be transformed by augmentations, giving even more options for how your characters work. The ability to deeply customize your main character and change the roles your companions play means much greater strategic depth and synergy.
Features rare in browser-based games: That means complex, challenging dungeons with massive bosses. It means that you can refine and rework items into ever more powerful forms. It means full-featured PvP, including head-to-head duels, team-based battle-grounds, and much more.
SideQuest has a real story: We’ve hired a writer with substantial experience writing stories for commercial and independent RPGs, adventure games, and RTS games. We’ve built a world with a deep history and striking settings. And the structure of the overall single-player campaign is an epic. But, at the same time, we’ve populated that world and story with absurd characters who poke fun at genre conventions and bumble their way from one disaster to the next.
CardSlayers: a full-featured collectible-card minigame that can be played both during the single-player campaign and against other players. 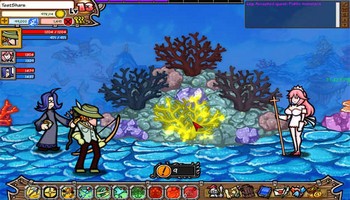 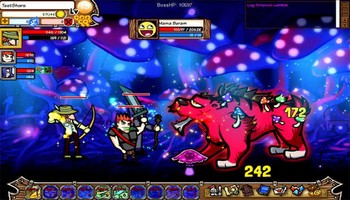 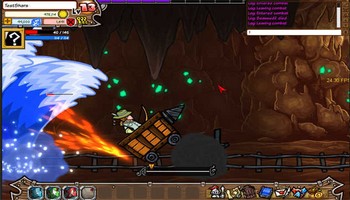