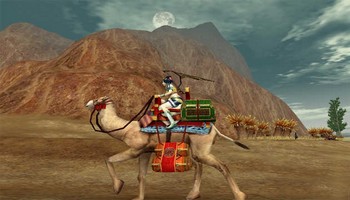 Silkroad Online is a free-to-play fantasy MMORPG that puts the player deep into ancient Chinese, Islamic, and European civilizations. The Silk Road, was in short, a major cultural and economic trading gateway. Roads connected between ancient Asia and Europe that have disappeared into the forgotten history of glory and adventure. The Silkroad is an active world. In the spacious roads Merchants take chances for adventure while Thief’s intend to strip them of their goods. Although, with great risk in trades, Hunters will be their too protect traders and end the mischief of thieves. On the Silkroad, the constant life that is given to this world is through the trades and challenges brought from it forming various bonds, goals, and dreams giving the Silkroad a world full of life.
There is no fixed job on the Silkroad. All players can freely promote themselves to improve the growth of their character with no restriction. Changing from Merchant, Hunter, and Thief will alter the will and destiny of the player. The first experience a player shall have is of one large world waiting to be explored and shaken up; a constant progressing adventure.

– Fantasy World: Silkroad Online with Western European, Eastern Chinese, and New Islam Fantasy is all based upon the ancient cultures and legends of China, Islam, and Europe.
– Quest System: Episode-centered quest system. The episode-pattern scenario is written in the background of mythologies and legends of a lot of countries including Xiyouji, Arabian Night’s Entertainment and Greek mythology. The player often flies about with the magic carpet, see the Mediterranean evening sun or fight desperately with ghosts in crossing over Huang He River. On the basis of such a variety of scenarios, you can take pleasure in the inimitable quest each time with the feeling of seeing one-act play.
– Multi-Community: Organization of various communities. Beyond the general guild pattern community where familiar people come together, organizing the community with various objects is available. The organizations include the town community centering around the oasis, merchant group for the compensation trading, burglar guild that the burglar players are gathered and hunter guild to protect the justice. The confrontations among various communities elicit the exciting showdown composition.
– Unique and fresh skill system: Like the Chinese characters who use the flying walk to float on the water surface and move leaving an afterimage, the European characters to use the power of Greek gods like Zeus or Apollo and the Islam characters to freely control the power of lamp elves, the fresh and unique skill which cannot have been seen in the existing games get unfolded
– Real Action Battle System: No hesitation for a long played out battle thanks to the speedy game play similar to that of action games using swift chain attack skills of the Chinese, chopping and swerving, the speed of the character increases with incredible effect. Enjoy the exciting battle through the thrill of non-stop action.
– The World gives a Movie Feeling: Movies-like presentation. The presentation of a splendid world can be directly seen in this game, like the monsters that come out from the distance, the burglars who come running kicking up dust, a blinding forest with smoke, a dangerous dungeon full of the unseen materials and the natural environment like a total lunar eclipse.
– Breathtaking Dynamic Animation: The delicate dramatics are presented through natural movements forced or swung in the direction of the wind and still taking in all the action of the player with Dynamic Animation. As the character with motion blended techniques focuses they can express simultaneous actions shaking up the battlefield while moving; the action is so realistic it can almost be seen as imitating humans.
– Advanced interface system: The Silkroad expands from China to Europe as a background. There is no load time to delay in between battles, despite the extensive maps connecting the Silkroad or exploring in the dungeon. In addition, Silkroad Online provides users with the optimum interface in full control of the player using a mouse and keyboard, and various slots for skills in game. 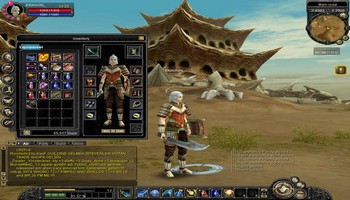 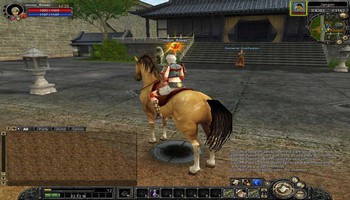 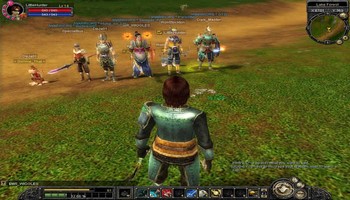