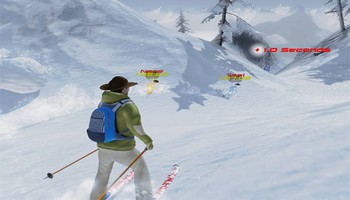 SkiRanger is a free-to-play skiing multiplayer game focusing on fun and featuring delirious interactions with the environment as you slide down the mountains. The game is about a Ranger who is maintaining the law and order of his mountain district and has to master different challenges such as performing stunts, racing downhill, playing bowling by charging snowmen at high speed . The game supports movement controls through a MS Kinect or a Asus XtionPRO camera although you may play with the keyboard. The use of camera movement controls allows for subtle and immersive gameplay as you perform technical moves with your body. Such parameters as body inclination become all relevant in performing stunts, such as catching a giant snowball with the right body angle for a crazy ride. For now the game includes the three game types TimeTrail, BigAir and FreeRide. Each has one track and can be played with up to four players. Other game modes will follow in further updates.

Fun Game Modes: for now, TimeTrail, BigAir and FreeRide.
Body movement control: if you own a MS Kinect or a Asus XtionPRO camera.
Multiplayer: Each mode can be played with up to four players 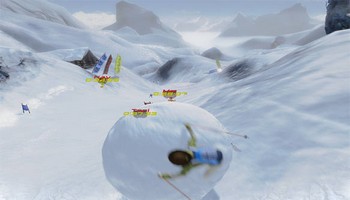 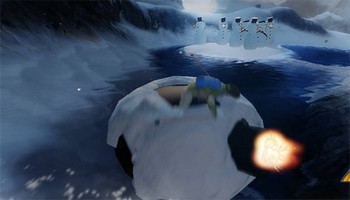 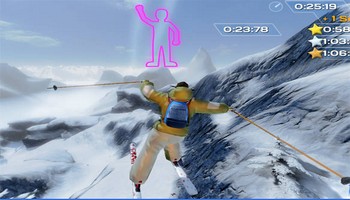