Skyreach is a free game inspired by playing with car toys and building tracks for them to drive on. It’s an exploration of building track and driving at the same time, instead of the more traditional build track first, then drive on it after. Players are able to build one path piece a head of their current location. This requires players to not only successfully stay on the path, but also plan where to build in order to reach the end of the level. Skyreach will have you exploring an ancient civilization lost in the clouds. You will construct your path as you wind your way through floating mountains, hand carved columns, and relics of a time long passed. Collect crystals and time your play precisely to increase your score as you travel through the stunning environments of Skyreach!
The environment for Skyreach was inspired by the Arches National Park of Utah mixed with the floating rocks on Pandora of James Cameron’s Avatar. We also drew inspiration from the rock carvings of Petra, Jordan and Palmyra, Syria. 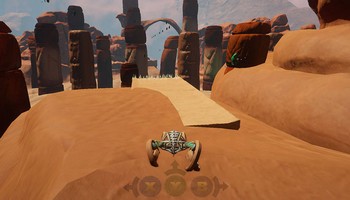 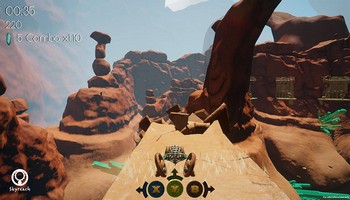 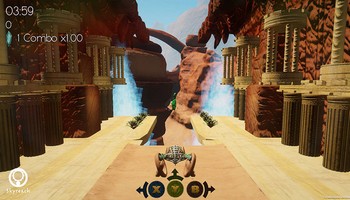 Quality Options Online...
As some of you may have noticed, a new patch was posted yesterday.For this update we added more options in the option menu off the main screen.You can now change several graphics options including video quality, resolution, and windowed or fullscreen. [...]