Be a God: Cut through your enemies, encase them in ice, or drown them in a vortex of souls. Assume direct control of your godlike avatar and experience the MOBA genre up close with the game camera directly behind your character.
Choose from a long list of well-known and more obscure gods, each with their own history, special abilities and unique play style.
Tactical Gameplay: Master and use your godlike abilities to fulfill key roles such as damage dealer, tanking, crowd control, and support. Explore the map and defeat NPC enemies for increased gold and buffs that help both you and your allies. Then deny your opponents victory with perfectly-timed stuns and calculated ambushes.
Mythical Setting: Two teams of 5 players fight to slay the opposition’s Minotaur on an inferno-themed battlefield. But first they must contend with three flaming Phoenixes plus Cyclops NPC camps and the legendary Fire Giant in the jungle.
Power Up: Within a single match, your god levels from 1 to 20, causing your abilities to gain strength. You can purchase in-game items and consumables to benefit your god and complement your personal play style – whether it’s buffing your Magical power, Physical power, Defense or Utility capabilities.
Calculated Strikes: Every attack in SMITE is a skill shot that you control. Ranged attacks are carefully aimed, melee attacks properly positioned, and Area of Effect damage must be ground-targeted. Predict your enemies’ movements and hit your mark for maximum effect in fast-paced combat.
Free-to-Play: Everything affecting gameplay in SMITE can be earned simply by playing the game. Players have access to an initial set of playable gods for free, while additional gods are unlocked through gameplay time or more quickly through micro-transactions. Cosmetic skins can be purchased for further customization.
Multiple Ways to Play: Check out our Game Modes page for details on SMITE’s multiple game-modes and maps. 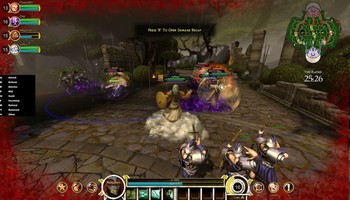 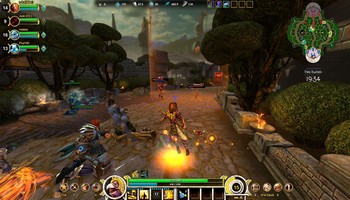 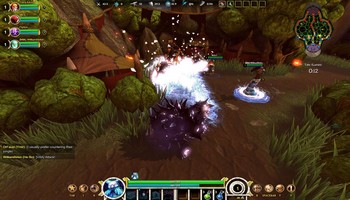