Soul Master is an addictive new genre-bending MMORTS (Massively Multiplayer Online Real Time Strategy) game that takes the innovation behind customizable “Hero” units in the RTS genre farther than ever before and allows players to have complete MMORPG-style control over their characters. Featuring a combat system that allows players to create structures, progress through technology trees, produce and command units, while at the same time developing a persistent character of their own; Soul Master includes rich item customization systems that enable players to acquire unique stat and skill bonuses both for their personalized avatars as well as their RTS buildings, production capabilities, and controlled units. In addition to the robust PvP content, Soul Master features a wide range of PVE scenario modes such as defending objectives, escort missions, co-op challenges, boss raids, and AI RTS battles.
With fast paced combat that combines the high-speed action of a character vs. character brawler and the tactical elements of a squad-based RTS, Soul Master sets out to take the very best of both worlds and merge them into a genre unto itself.

1. A non-targeting combat system allows control-driven, action-oriented gameplay that calculates character movements 3 dimensionally and applies varying strike damage and directional advantages during battle based entirely on player reactions.
2. An independent trooping system allows for directive and intuitive command over multiple units, while simultaneously allowing players more comprehensive control over their main avatars during active MMO-style combat.
3. Resource-driven RTS combat allows players to create defensive towers, barricades, resource harvesting structures, and unit production facilities while progressing through simplified, traditional RTS tech-trees that let players focus on strategic, active gameplay in both Team and Free-for-All PvP.
4. Compelling animation and rich, stylized graphics immerse players in the greater fantasy world of the game while achieving a seamless and striking blend of RTS and MMO art design.
5. A deep item-alteration system allows players an expansive amount of customization options that affect both MMO and RTS-style combat, and add an additional level of tactical depth to character progression and player strategies.
6. An in-built video recording system allows players to capture their own gameplay footage to analyze flaws and mistakes in their tactics and help improve their competitive skills.
7. Completely free to register, download, and play the entire course of the game with access to all in-game features and functions while remaining competitive with any and all other users. 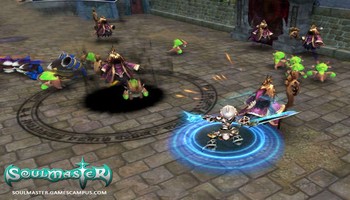 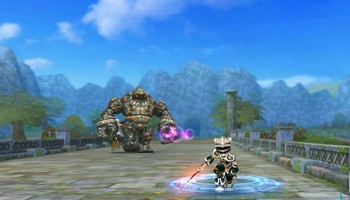 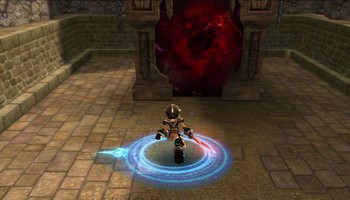