SpellForce 3: Versus is a free-to-play multiplayer RTS & role-playing game instance for PC by Grimlore Games. In this free version, you can choose whether you want to take on AI enemies in a Skirmish battle, or go head-to-head with other human players of SpellForce 3 in both Ranked and Unranked PVP matches, while being tied to a one randomly assigned race out of the Orcs, Humans and Elves. You can also check out the single-player scenario ‘Old Haalâyash’ to get a glimpse of the single player campaigns of SpellForce 3.

▶ RTS with macromanagement (overall strategy, conquering of zones, managing large groups of units)
▶ RPG with micromanagement of the party of heroes (skills of ALL heroes of the party have assigned keyboard bindings) in battles
▶ Skirmish and 1v1 PvP multiplayer (ranked/unranked, player/AI)
▶ Go for glory with Ranked and Unranked PVP matches
▶ Choose Skirmish mode to play against challenging AI opponents
▶ Battle against other human players of SpellForce 3, SpellForce 3: Soul Harvest, and SpellForce 3: Fallen God
▶ Play the single-player ‘Old Haalâyash’ scenario map

SpellForce 3: Versus isn’t a traditional free-to-play game as there is nothing to buy in-game. No in-game store dealing with micro transactions and selling such things as mystery crates, cosmetics and boosts. It offers a partial yet comprehensive version of a larger paid game for which there are also paid DLCs. While you can play and checkout the single-player scenario ‘Old Haalâyash’, the full Single Player and story campaign experience is only unlocked by acquiring SpellForce 3 and its stand-alone expansions Soul Harvest and Fallen God.
While players are randomly assigned a faction between Orcs, Humans or Elves, only the “SpellForce 3: Versus Edition – Full PvP Upgrade” DLC will giver you the complete PvP experience with access to all 6 factions (Orcs, Humans, Elves, Dark Elves, Dwarves, Trolls). 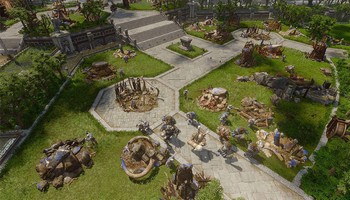 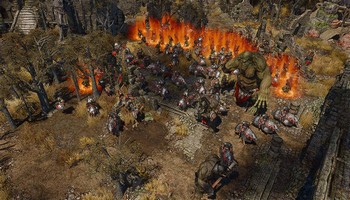 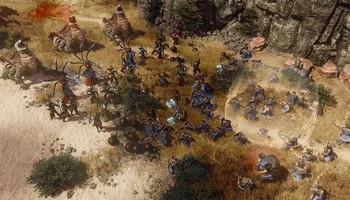 News from SpellForce 3: Versus