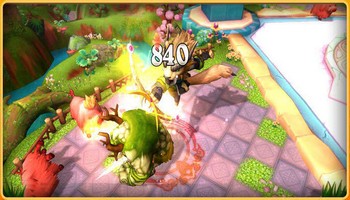 Spirit Tales is a free to play, anime-style MMORPG published by KoramGame. Players battle their way across a continent of fierce monsters to take back their homeland, while collecting amazing pets, wearing stylish fashion, and participating in awesome PVP along the way. Spirit Tales aims to bring a high degree of in game freedom to the players.

In an age unknown, beyond the reach and measure of our own time, a mysterious force moved within the still darkened fabric of the world, gathering together all the magical islands that floated there, in aimless sojourn, across the primordial waters of creation. From this act these once wayward masses were set aright, resulting in the formation of one great continent, separated in the North and South by immense and mountainous pillars of earth. Over time life blossomed forth, and the peoples that came to inhabit the land lived in peace and harmony for countless millennia; until one day, spurred on by insatiable greed and ambition, the Northern tribes attacked. Enacting their cruel and unyielding designs upon the denizens of the South, the Northern tribes destroyed all those that chose to resist, and in the end laid claim to the abundant resources that flourished there, in those once bustling lands of the lower climes.

From the Kingdom of Flame to that of Snow, down through the Kingdoms of the Mountain, Desert, and Forest, the Southern tribes found themselves caught within the shadow of the Northern onslaught, and as they watched their homes razed by the fires of avarice and conquest, they slowly and resentfully resigned themselves to despair. Seeing their livelihoods destroyed, the tribes were forced to retreat to the southernmost reaches of the continent, where they, now beleaguered and suffering, regrouped within the ancestral lands of the Spirit Hare Tribe, in the rich and fertile, Autumnal Grove. Now, within this final haven, the last hope of a dwindling people lies in the hands of the Glorious Shield, a brave and honorable force for resistance, made up of valiant and fearless individuals from each of the Southern tribes.

And so, in the grip of foreseeable loss and uncertainty, with the last hope of a people at stake, our tale begins. . . 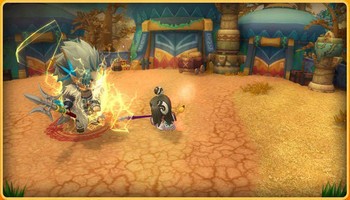 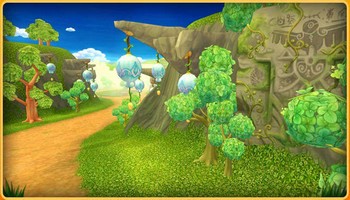 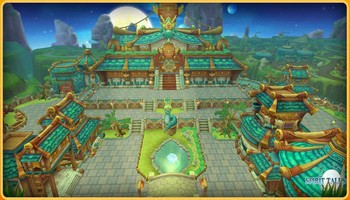