Star Sonata 2 is a free-to-play space-themed MMOG that combines elements of action, RPG, and empire creation into a truly unique MMO experience. Explore the sandbox style universe, build persistent bases, construct trade ships, and even fight your way to the top and claim the Emperor’s Throne. You fly your ship around the universe, using skill to shoot your enemies and avoid incoming attacks. 8 classes, 4 trade skills, and 127 total skills that you can train as you progress. Over 2000 missions. Thousands of different items that can be obtained or constructed. Construct space bases to protect trade routes, extract resources from planets, or host mining operations. Found a colony and nurture it along to massive profitability. Direct robotic trade slaves to keep your empire running 24/7. Star Sonata 2 will be completely free to play with no trial limit. There will be some reserved areas for premium players.
In free-to-play mode Exploration, PVP and Primary Skills are limited, while Trade Skills are not available.

Action-based combat and movement: No queued up actions like many massively multiplayer online games. You are in direct control of your ship. Star Sonata is a 3D top down action based game. Other games, you just press a dodge key, but in Star Sonata you have to manually pilot your ship and avoid those laser beams, bullets, and missiles! Using real time strategy (RTS) controls you can also create robotic slave ships to fight alongside you and deploy defensive or offensive drone platforms.
Build your Empire in a Sandbox style universe: Manage your colonies, build bases, deploy defensive drones, establish trade routes with robotic slave ships. The universe resets every 3-4 months which randomizes the galaxies in player buildable space, creating new conflict where there were once settled borders. Players can advance economically by trading between bases, creating their own bases and colonies, killing enemies, collecting Player versus Player (PVP) bounties, or completing one of the 2000 missions. There are thousands of different items that can be obtained or constructed and sold to other players.
Become Emperor of the Universe: A player can “win” the game by declaring themselves emperor and defending their palace successfully until the end of the universe. Don’t like the Emperor or want to be the Emperor yourself? Star Sonata is a player vs player game with the universe separated into distinct PVP and non-PVP zones; fight your enemies and lead your team to glory. You can partake in large scale PVP conflicts with hundreds of players, or even little skirmishes on fringe systems.
No two players are alike: Star Sonata includes a wide variety of skills and customization options including eight classes, four trade skills, 127 total skills that give various stat increases that the players can train, over 250 player obtainable ships, the ability to change nearly every aspect of your ship’s build including the engine, weapons, energy, shield, and more! In Star Sonata no two players will play the game the same way and no two players will have the exact same build!
One global server, one community: Star Sonata does not separate the community based on region, everyone plays on the same server. 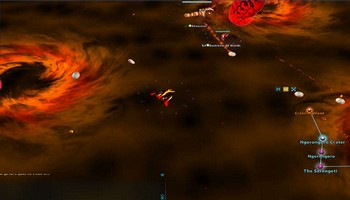 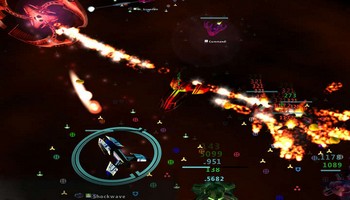 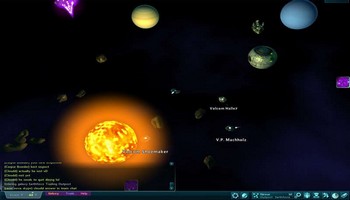