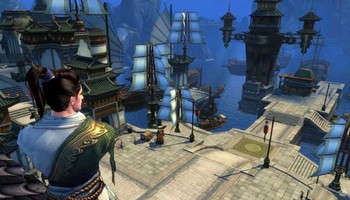 Swordsman is a free-to-play martial arts-inspired MMORPG. Swordsman will plunge you deep into a battle for martial arts supremacy. Ancient China is experiencing a blood-soaked decade. You will avenge your people and discover the connection between you and the entire martial arts world. Battle your opponents with fluid and responsive kung fu, real-time combat that allows you to master the creation of the perfect skill combo; or prove yourself against other kung-fu masters in the arena. This upcoming, incredible martial arts MMO by Perfect World Entertainment will be completely free-to-play!

School based Classes: choose from ten martial arts schools to define your warrior. Each school employs a variety of different skills and strategies for battle.
Marti Arts Skills: Defeat you opponents with impressive and visceral martial arts. Engage ennemies using 3 sets of style with more than 6 skills in every syle.
Rich Novel-driven Story: Envelop yourself within Swordsman’s rich story and lore, based on the popular chinese martial arts novel by author Louis Cha, aka Jin Yong.
Guilds: create or join a guild to participate in exclusive events, establish a base that provides guild bonuses and fight over territory.
Selection of 10 martial arts clans: from the strong and noble Shaolin clan to the swift and deadly Sun and Moon clan – you will employ a variety of different skills and strategies in combat.
Travel across a lush and vivid world: brought to life with the powerful and beautiful Angelica III game engine!
Customize your look: with a flexible and detailed character creation engine!
Powerful gear and weapons: Create an extensive selection of powerful gear and weapons through a diverse crafting system!

Ancient China is experiencing a blood-soaked decade. Ten forces have been at war with each other in a bloody attempt to become the most powerful martial arts clan. The hunt is on for an ancient scripture containing Kung Fu secrets that can bring immense power to the clan who possesses it. As a survivor of a tiny village torn apart by war, you must avenge your people while discovering the mysterious connection between you and the entire martial arts world! 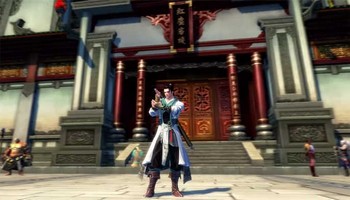 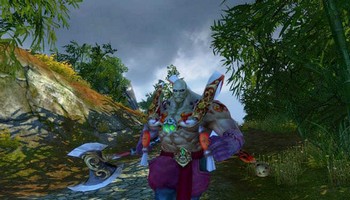 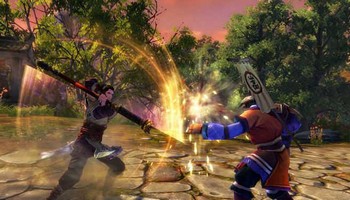