The Adventures of Nick & Willikins is a free-to-play humorous Point & Click adventure game about a British-themed murder mystery. “Search a posh British mansion to find out “who-done-it” and prove young Nick’s innocence! Did the butler do it? You better hope not because YOU’RE the butler!. The Adventures of Nick & Willikins is a humorous look at the very British relationship of Master and Manservant as told through the lens of clueless non-British writers. Also, there’s a dead body involved and it’s up to you to search the posh mansion for clues! Did the Butler do it? It’s up to you to find out! Oh, and you’re the butler, I should probably mention that.”

The Adventures of Nick & Willikins Screenshots 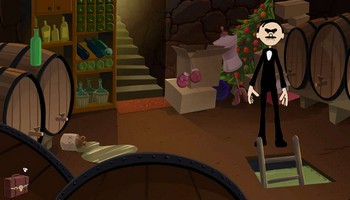 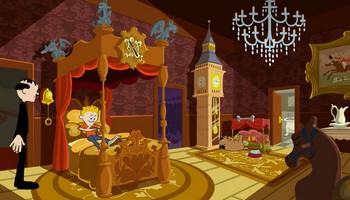 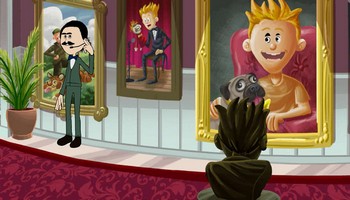 The Adventures of Nick & Willikins Videos

Now available on mobile devices!...
Wish you could take young Nick of Nick Hall everywhere you go? Well too bad, because now you can! The Adventures of Nick & Willikins is now available for Android mobile devices. Along with the new release comes new features designed especially for the small screen.- A [...]
Need more Nick & Willikins?...
Can't get enough of Willikins the Butler and his spoiled ward Nick?You're in luck! You can now continue to follow their absurd adventures by listening to the Official podcast!Hear the latest episode, 'Keep Calm and Ooh-da-lay" right here: [...]
Happy Easter Egg!...
Easter has passed, but there are still easter eggs to find! If you've played THE ADVENTURES OF NICK AND WILLIKINS but you haven't found the Narrator's Booth, you haven't seen the entire game! This is the biggest of several easter eggs we've scattered throughout Nick Hall. See if [...]
Nick & Willikins Concept Art!...
To celebrate our upcoming release here on Steam, we at Pinhead Games thought we'd share with you some of the concept art of the beautiful hand drawn environments feature in the game! These sketches can only be seen here on Steam. Enjoy! [...]